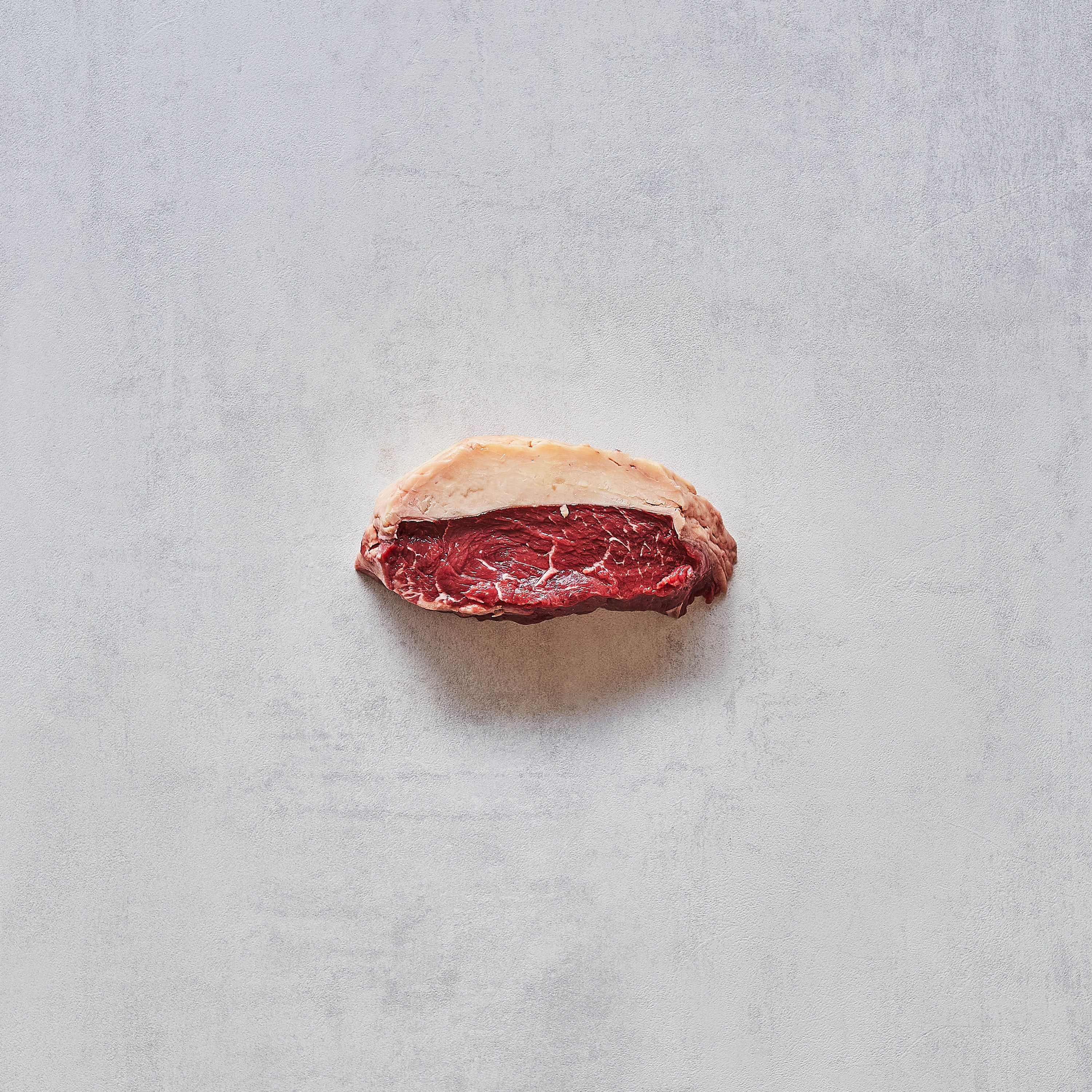 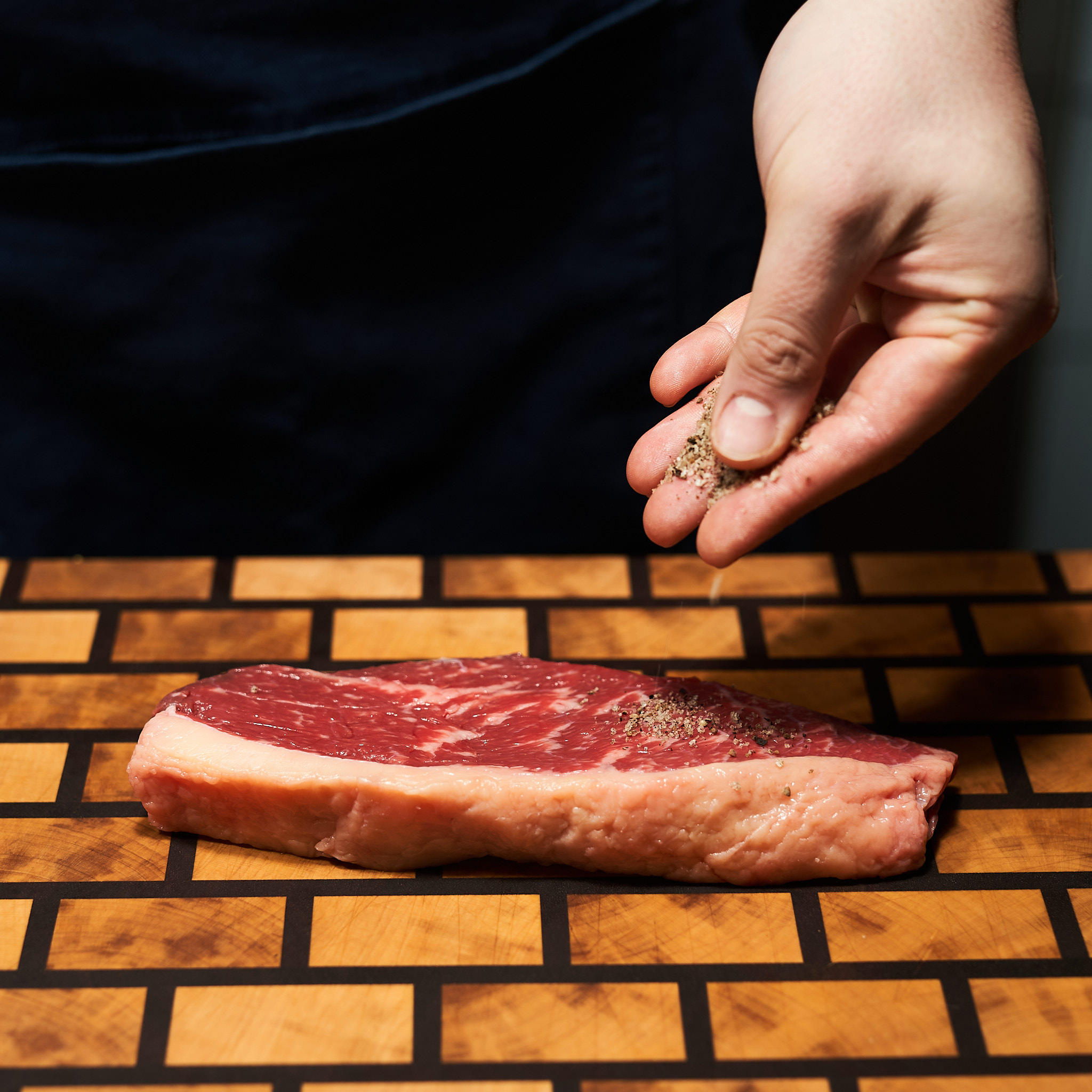 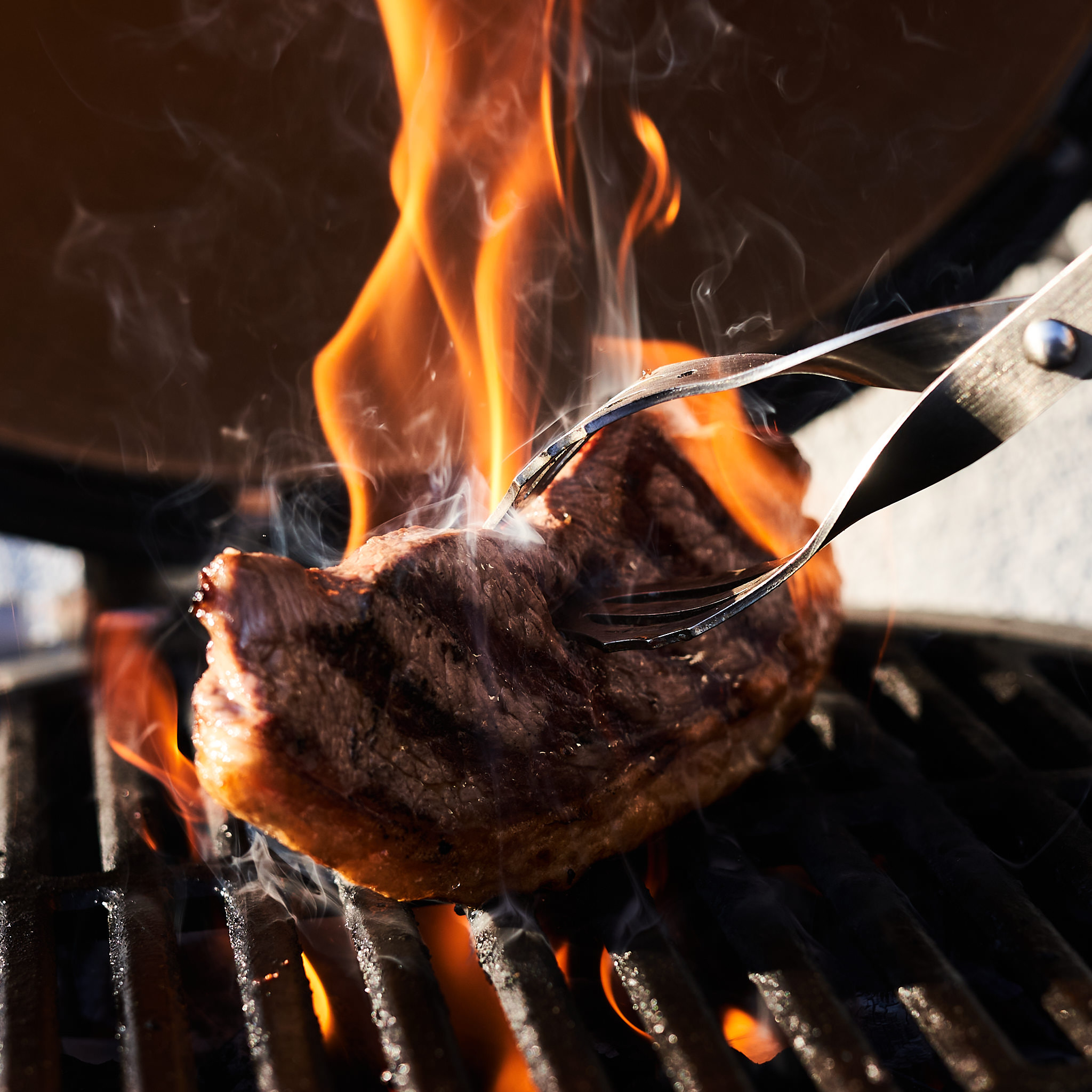 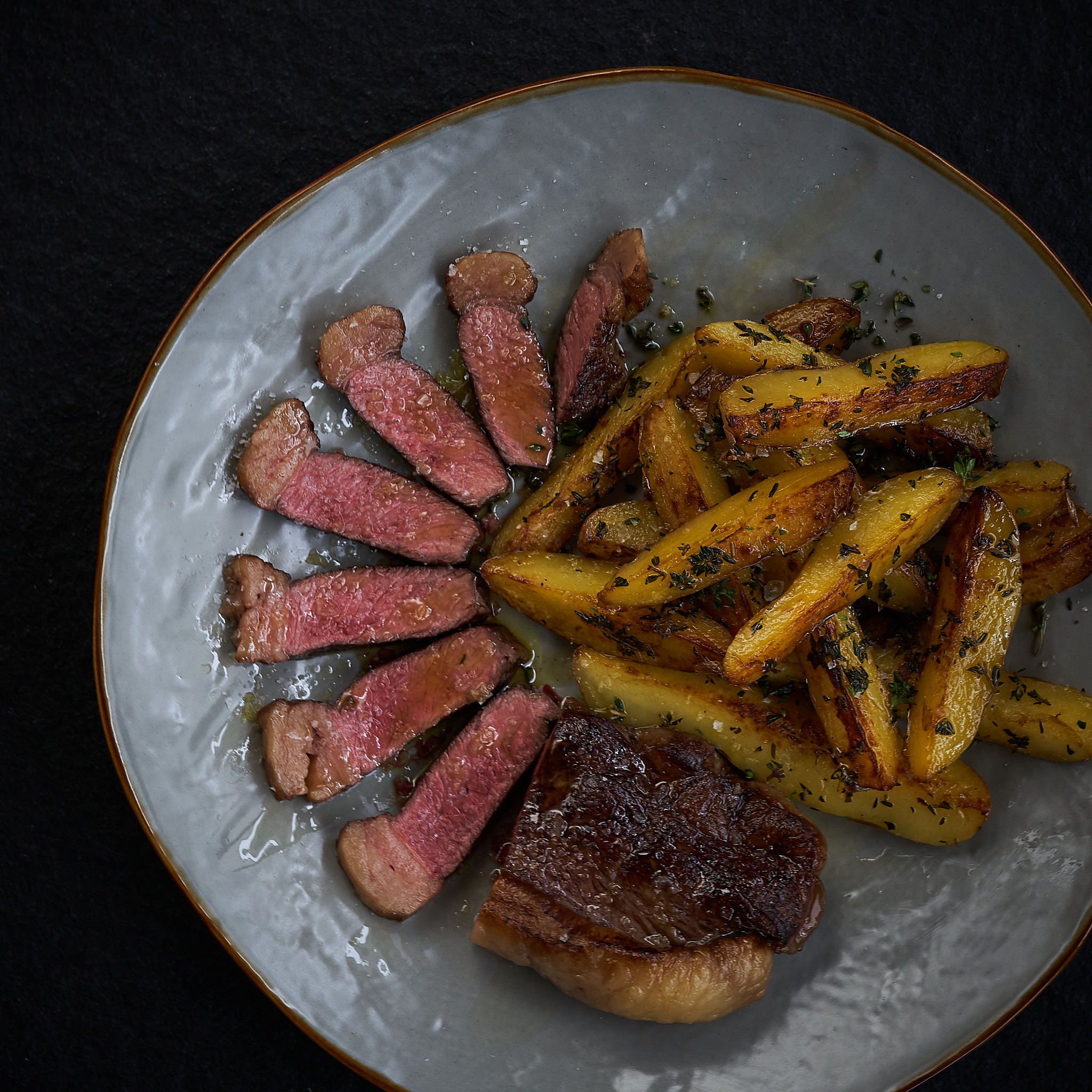 Picanha steaks are wonderful for rotisserie cooking on the home barbecue. Grilled over an open fire at high heat, the meat with the characteristic fat cover develops its full aroma. Seasoned with coarse sea salt and cut into thin slices from the skewer, it is a wonderfully juicy steak

Buying meat is a matter of trust. If you have any questions about the product, please don't hesitate to contact me by phone. I look forward to meeting you, your meat sommelier Sebastian.
Call now Chat now
Product number: FM10045

Attention, now it's really getting hot on the grill. Our Picanha steaks are a South American delicacy and provide variety in two senses.

On the one hand, it is a cut of boiled beef, which in itself is full of flavour, and on the other hand, the meat of the old cow provides an extra portion of flavour.

You get a juicy, tender steak with a taste that sets a completely new standard.

Because Picanha steaks are the perfect cut for the so-called nose-to-tail movement, which we value highly at Fitmeat. Why? Because it's a great story, both morally and taste-wise, to use other cuts as well.

Picanha, by the way, is quite similar to boiled beef, but we only use it in soup. Although the piece has much more to offer. We are all the more pleased that Picanha steaks have really established themselves among barbecue fans. But if you think that boiled beef and Picanha are one and the same, you're wrong.

Picanha vs. Tafelspitz
What are the differences?

Even though the cuts are quite similar, the difference in preparation could hardly be greater. Due to the lack of a fat cover on the classic Tafelspitz, it is particularly suitable as boiled meat.

For the grill, however, it needs the protective layer of fat to keep the meat from drying out. Therefore, this layer remains intact in the Picanha Cut.

Picanha from the Old Cow

Okay, a new cut on the grill makes you want more, doesn't it? We think so too, which is why we have Picanha from the Old Cow. More precisely, from Black Angus beef (8 years) and matured for four weeks. A taste that will turn your culinary universe upside down.

The fat old cow and its special features

What makes the meat of an old cow so special? A question that many people certainly ask themselves. It is often assumed that the meat loses its flavour with age. But exactly the opposite is the case.

Cattle develop more and more flavour in the course of their lives! Raised in a species-appropriate and comfortable manner, cattle lead a wonderfully long life and this is exactly what affects the quality of the meat. It becomes a feast for your palate.

The meat taste of an Old Cow

A strong meat taste that smells at the same time of butter, hay and cream - this is how the meat of the Old Cow is often described. Beef has never tasted so fabulously good. And there is another good reason to choose the meat of an old cow.

Because the cattle have already been allowed to lead a wonderful and meaningful life and simply be cows. So these cattle have not only lived because of their meat, but have been able to really live out their cow existence.

This is exactly what ultimately affects the indescribably wonderful taste of the meat. The exercise on the lush pastures, the fresh and natural fodder, the fresh air and the wide open spaces available to them - all this is rewarded with a wonderful aroma. In addition, the meat is clearly more tender and juicy.

Not every old cow is a miracle of taste

Age alone is not the decisive factor. Therefore, not every old cow is automatically a miracle of taste. In general, old dairy cows that have calved tend to be exhausted and have rather tough meat. This can knock you off your feet, but not in the way we would like.

An old cow must therefore have a nicely developed meat in order to achieve the desired wow effect. Thus, the number of suitable cows is quite limited, which makes the meat all the more desirable.

At Fitmeat, the highest quality and species-appropriate animal husbandry are top priorities. That is why 100% of the animals come from small farmers in Austria. The farms are located in the Waldviertel region of Lower Austria, in Salzburg and in neighbouring Upper Austria

Our typical breeds include Red-Angus, Black-Angus, Charolais, Limousin, White-Blue Belgian and Wagyu, as well as various crossbreeds. It is of great concern to us that the animals are born and raised at small farms.

Since we distance ourselves from long transport routes as well as factory farming, we have the animals respectfully slaughtered individually by our partner butchers in the immediate vicinity of the farms (max. 15 minutes transport distance) or directly on the farm.

We also have close and personal contact with the farmers and work exclusively with butchers who know both farmer and animal personally. Our master butchers cut each animal into the finest parts and let them mature selectively.

In this way, we obtain first-class and well-hung meat that does not lose water during roasting and can be enjoyed with a clear conscience.