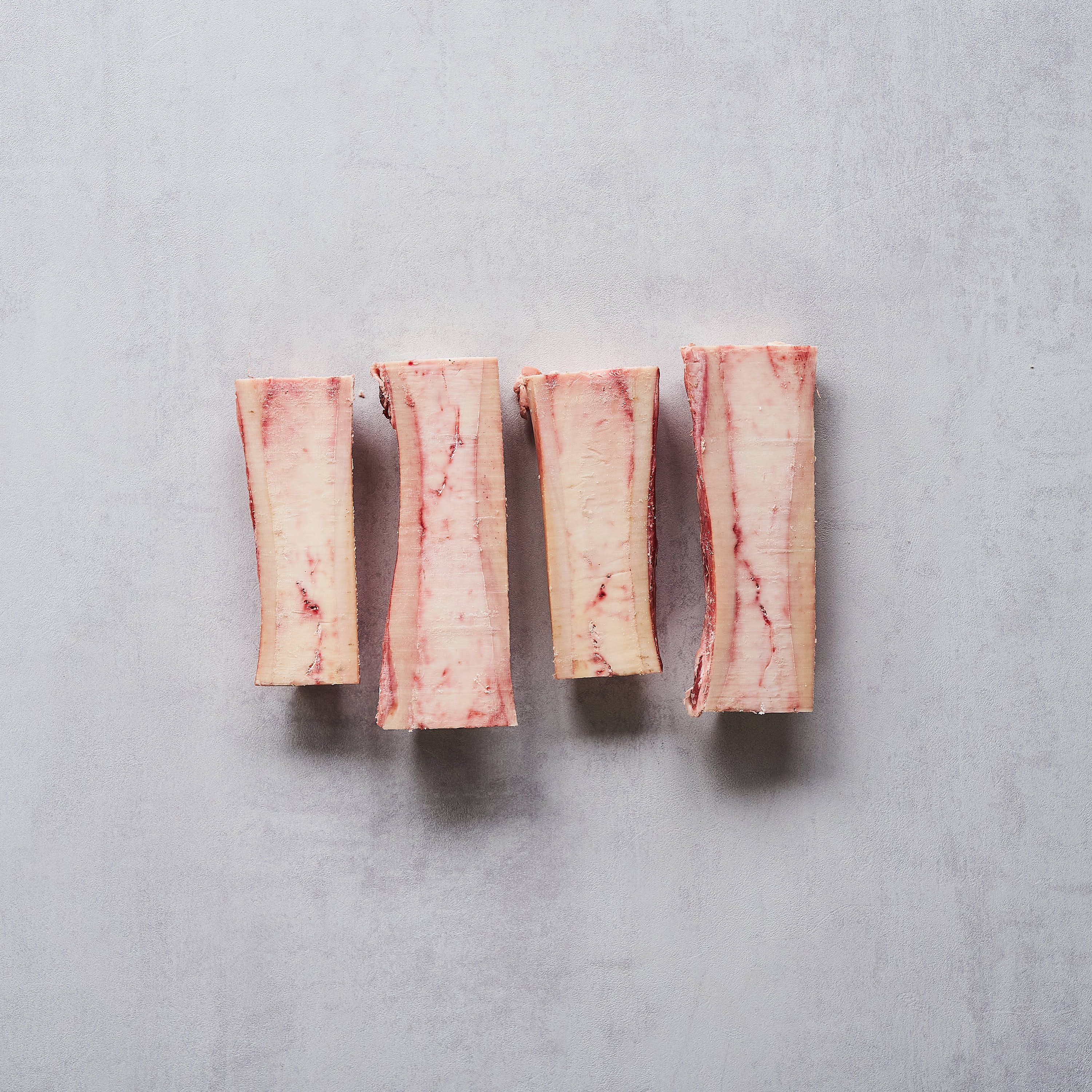 Bone marrow from beef are the be-all and end-all for classic and hearty dishes such as beef broth, stocks or sauces

Order within 5 days 2 hours 9 minutes and you will likely receive your delivery on Tuesday, 13.12.2022.
Buying meat is a matter of trust. If you have any questions about the product, please don't hesitate to contact me by phone. I look forward to meeting you, your meat sommelier Sebastian.
Call now Chat now
Product number: FM101035.1

The Bone marrow are obtained from the tubular bones of the thighs of cattle. Our animals are raised carefully and for a long time, which is why the colour of the marrow bones is light, yellowish and light pink.

This is exactly how you recognise the top quality. Because as the animal ages, the bone marrow loses its blood-forming properties and stores more fat. If you heat the bone marrow well, you can also enjoy it pure, e.g. as a spread. This is purely a matter of taste!

What can I use Bone marrow for?

In addition to the classic Viennese beef broth, it can be used to conjure up delicious sauces, stews or reduced stocks. The marrow contained in the bones develops an unmistakable aroma. It tastes slightly nutty and spicy - exactly as the soup should be.

However, the pure bone marrow can also be used for other dishes such as risotto. As a seasoning, so to speak. In this case, the marrow can be boiled, blanched briefly or roasted in the oven.

From Nose to Tail - Bone Marrow

One philosophy we value highly at Fitmeat is the so-called "nose to tail" movement. This involves the complete utilisation of animals and thus the value of the meat. Instead of using only the expensive high-end cuts, there are also many other cuts that can be used to conjure up excellent dishes.

The same is true of beef bones, for example, although they give dishes such a distinctive flavour that they should actually be used much more often.

And this is not an invention of ours, but actually a rather old tradition. Because in grandma's kitchen, they didn't throw a soup cube into the water, but real bones. The preparation of the soup took a little longer, but everyone probably still remembers the delicious taste.

Homemade beef broth is not only delicious, it is also a popular and traditional home remedy that properly sets up the stomach and brings back the spirits. Yes, they want a bit of the flavour too.

What's more, you can prepare a larger portion of soup right away and then freeze it. That way you always have a delicious soup on hand.

Details to the article ”Bone marrow”