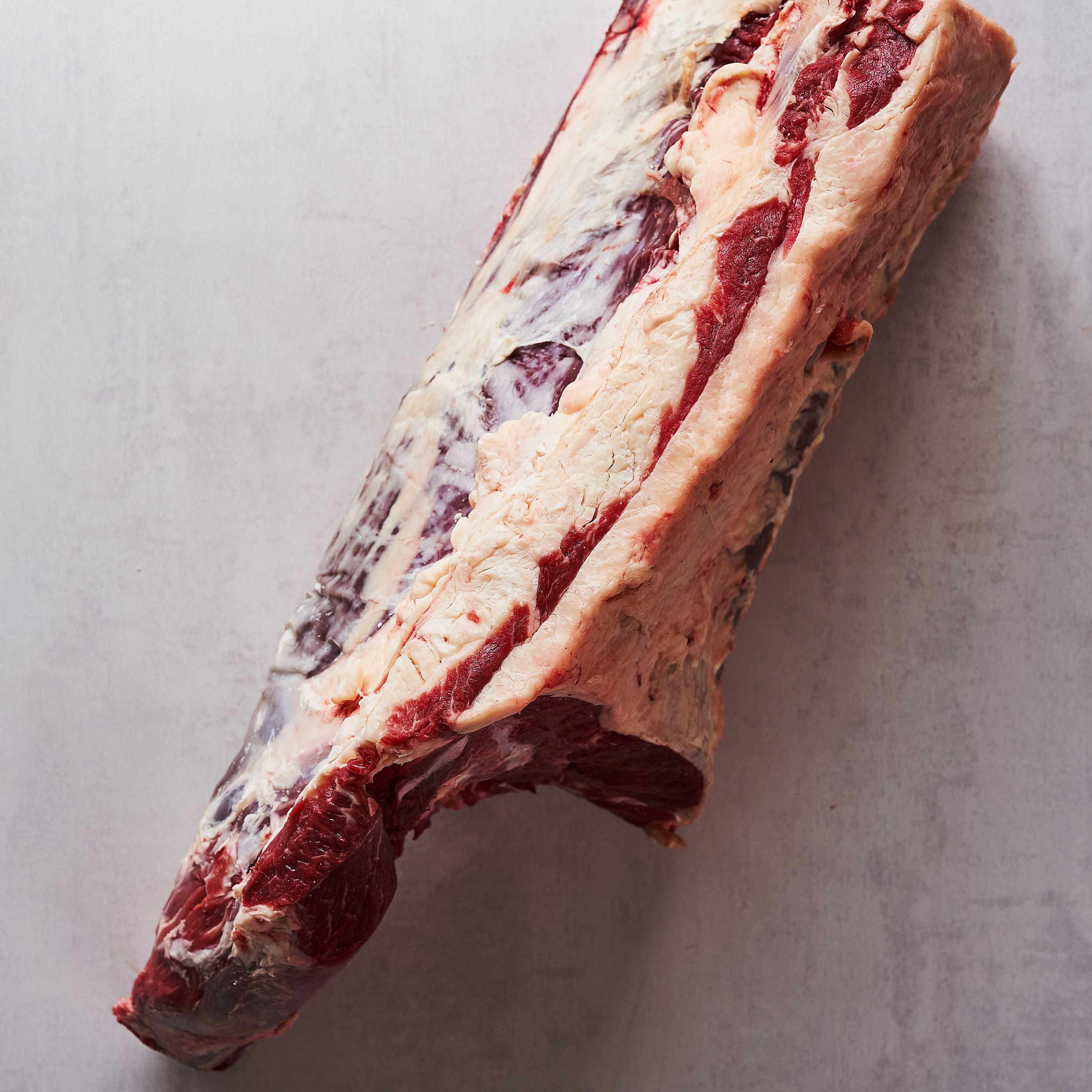 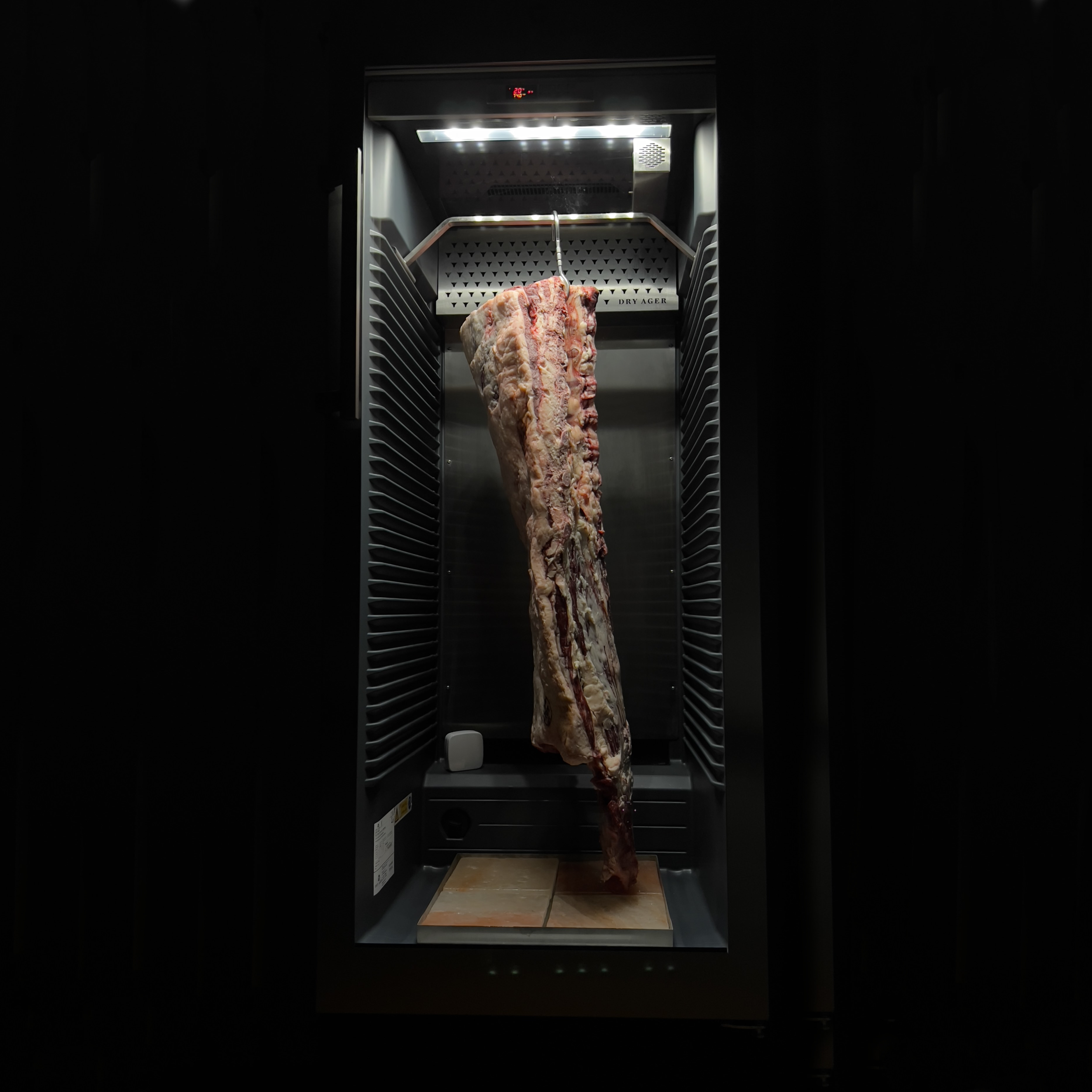 Half Saddle of Beef - Porterhouse side

The half saddle of beef (English) with the beef side is perfect for maturing yourself. It has a fabulously tender and beautifully marbled meat texture.

Buying meat is a matter of trust. If you have any questions about the product, please don't hesitate to contact me by phone. I look forward to meeting you, your meat sommelier Sebastian.
Call now Chat now
Product number: FM101039

Dry aging is the absolute trend, which is also being done more and more at home. If you have a way of maturing meat yourself, our half saddle of beef (English) is a real highlight

Apart from the fact that you get a lot of great cuts in one. The half saddle of beef with the short loin side is really ingenious. This section contains the wonderful lung roast (also known as tenderloin).

Simply belongs together:
Dry Aging & the half saddle of beef

Our saddle of beef comes from the Austrian calf (heifer), which makes the meat virtually predestined to be matured for a nice long time. It is by far the best meat for Dry Aged Beef, making it tender and rich in flavour

The meat of the half beef loin has a wonderful amount of intramuscular fat and also a wonderful fat cover. To develop its full flavour, the meat should be matured on the bone for at least two to three weeks.

Sections of the half beef back
The "English" cut with tenderloin

The back of beef (also called the English cut) forms the back muscles of the beef and contains the most popular prime cuts. In the front part (neck) is the so-called prime rib, including the rib eye or roast. This part is also called the "high rib" and makes up about a quarter of the beef back.

On the other side is the so-called "short loin", this part contains the fabulous porterhouse steak as well as the T-bone steak and the coveted tenderloin

While the front two sections of the beef loin are divided by ribs, there are no more rib arches on the rear Beiried side. Here you will find the familiar T-shaped shaping of the vertebrae as well as the wonderful beef tenderloin or lung roast.

Calf, or heifer, refers to female cattle that have not yet calved. The meat is wonderfully dark red in colour and has extremely fine fibres. The meat is also characterised by a special marbling, which additionally enhances the taste

This special marbling is the result of the slow growth of the heifers, which ensures fine fat storage. The combination of wonderfully distributed fat in the muscles and dry aging gives the taste of the veal a distinctly full-bodied aroma.

Details to the article ”Half Saddle of Beef - Porterhouse side”