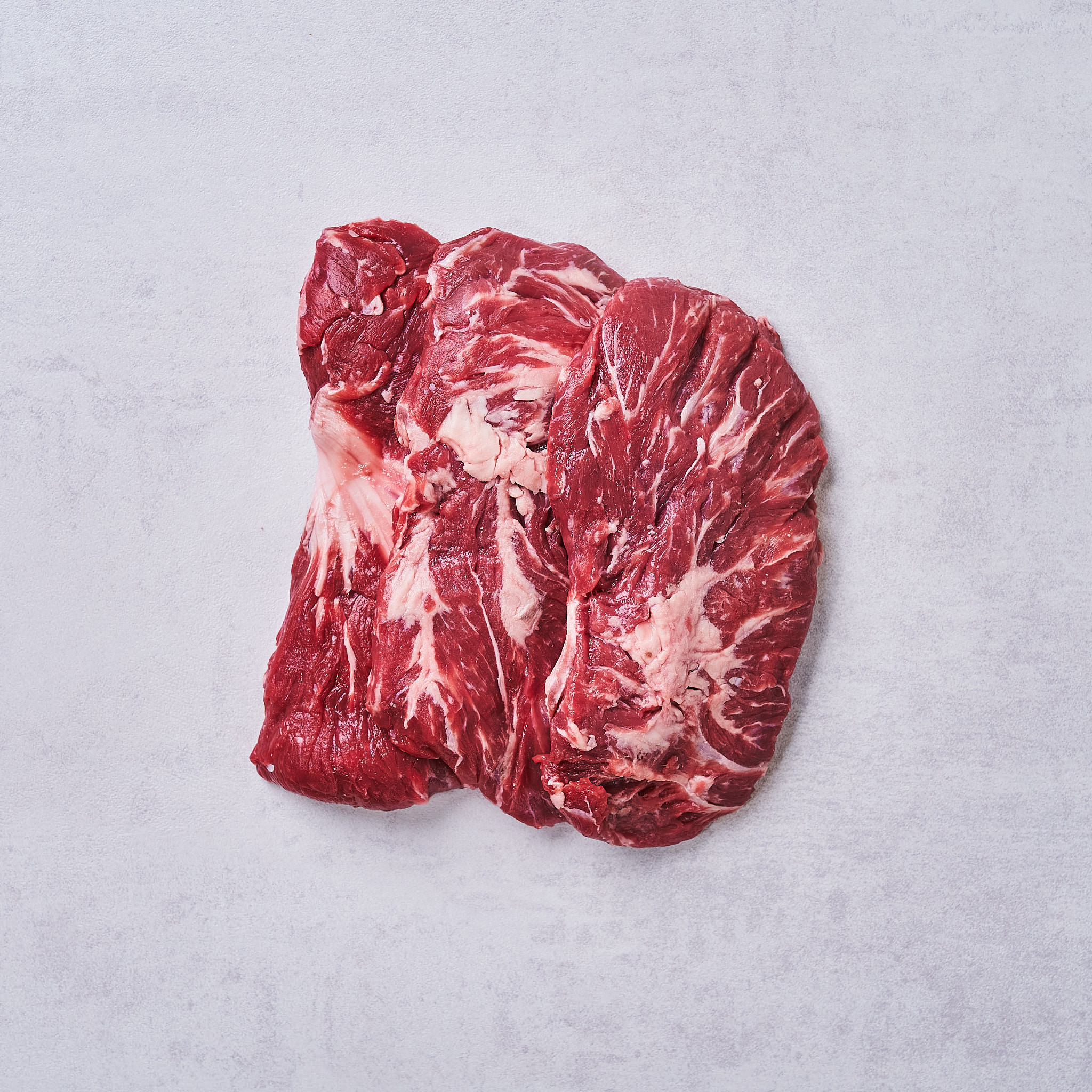 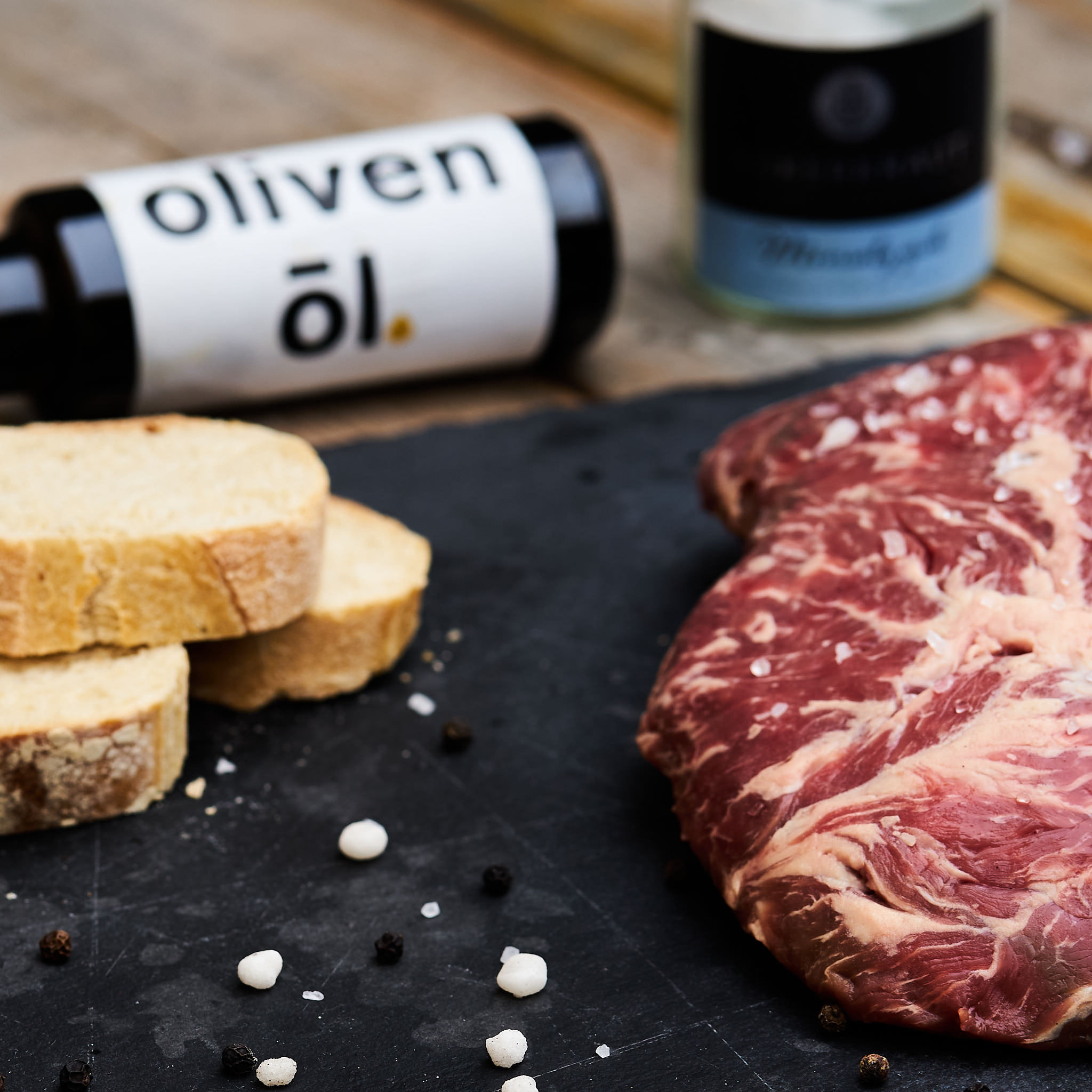 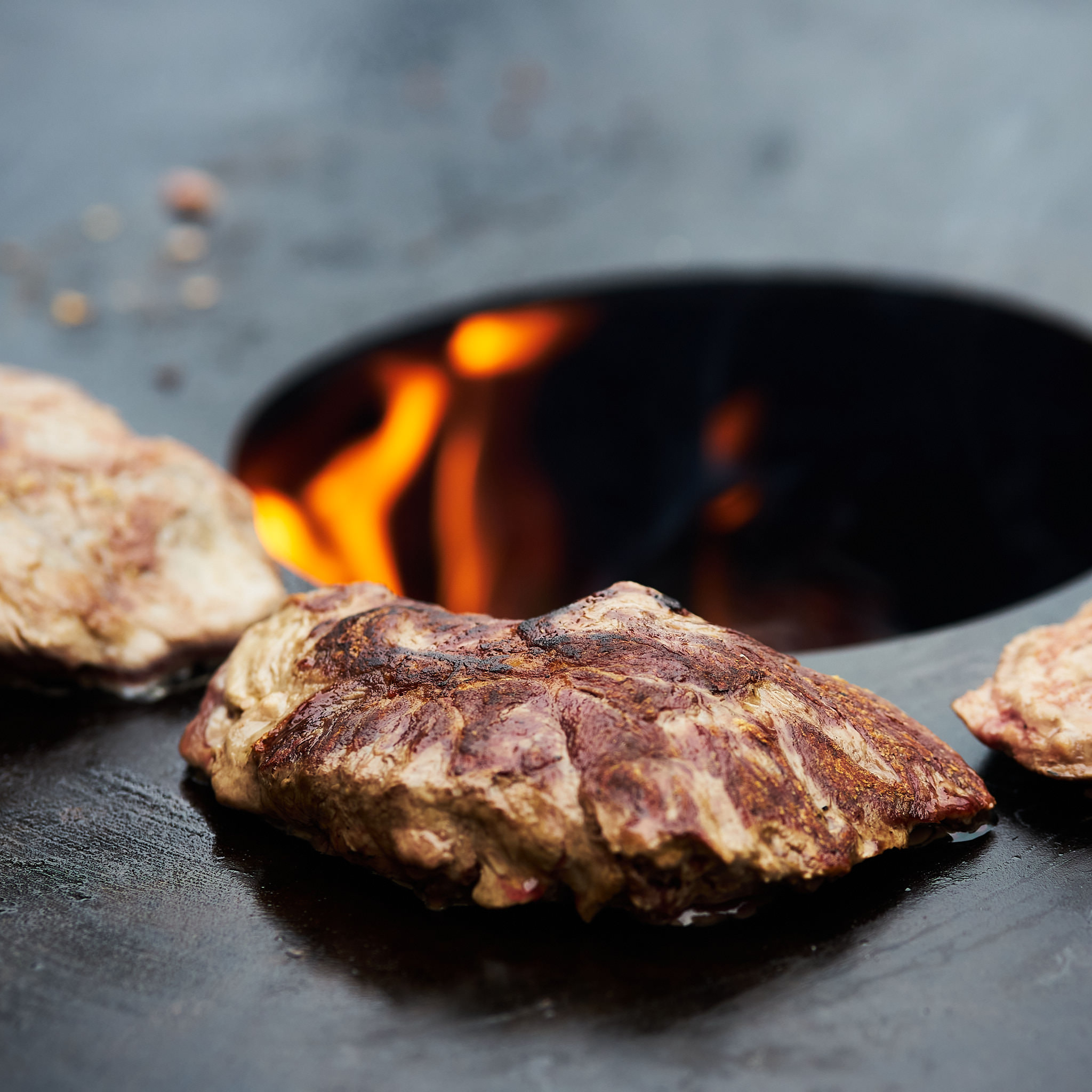 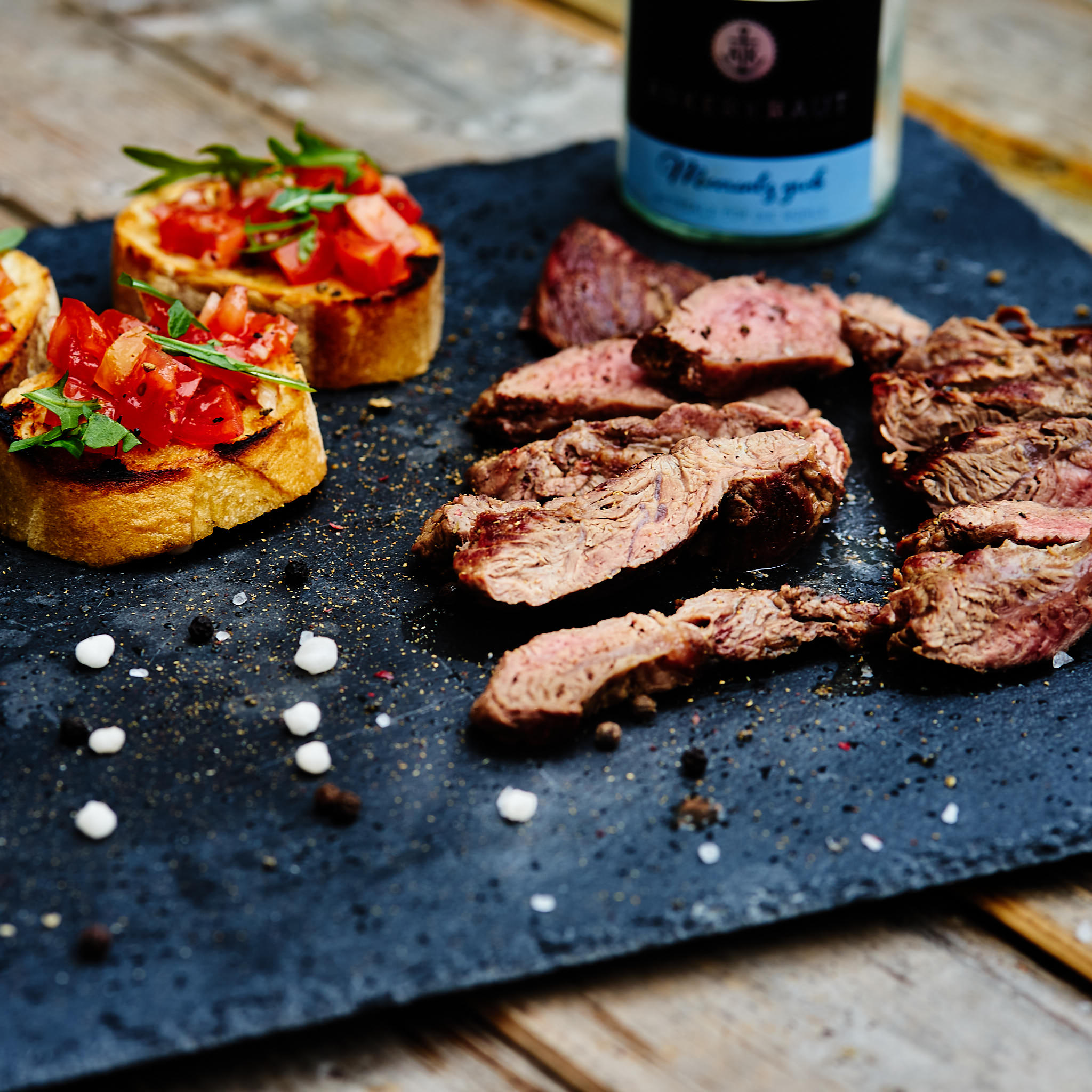 The bat steak is the insider tip among connoisseurs. A real delicacy that accepts spices wonderfully and is easy to prepare. A tip: Salt, sear and leave to stand for five minutes. Then slice, refine with sea salt and pepper and serve with a homemade dip. Quick, easy, borderline brilliant!

Order within one hour 4 minutes and you will likely receive your delivery on Monday, 30.01.2023.

Buying meat is a matter of trust. If you have any questions about the product, please don't hesitate to contact me by phone. I look forward to meeting you, your meat sommelier Sebastian.
Call now Chat now
Product number: FM101025

The Spider Steak is obtained from the lock bone in the hind leg, which is responsible for the movement of the pelvic bone. Despite its long grain, the steak is wonderful for short searing, but should definitely be cut against the grain.

Spider Steak: Juicy and tender as a fillet

What many people don't know is that in terms of tenderness, the Spider Steak is very similar to a tenderloin. Its flavour is strong, wonderfully intense and yet the texture is wonderfully tender.

By the way, the steak actually gets its name from its appearance. When spread out, the steak actually resembles a bat or a spider's web. In Austria, the steak is thus known as bat steak, in Germany it is referred to as scarf leaf or tile meat and in the USA it is served as Spider Steak.

What makes our Spider Steak special?

The wonderfully pronounced marbling is a real highlight. The meat is beautifully dark coloured and incredibly tender. But the cut is still rather unknown in Austria and Germany - unless you are in a group of BBQ fans. They know exactly what's what and appreciate the steak for its taste and incomparable texture.

Fitmeat meat from the calf (heifer)
What makes our Spider Steak so special?

When it comes to the highest quality and enjoyment, you've come to the right place. Because we pay attention to outstanding results in all aspects. For example, our Spider Steak come from Austrian heifers. They lead a really fine life on an idyllic family farm.

Why a Spider Steak from the calf?

Calf, or heifer, refers to female cattle that have not yet calved. The meat is wonderfully dark red in colour and has extremely fine fibres. The meat is also characterised by a special marbling, which additionally enhances the taste.

This first-class marbling, i.e. the storage of fat in the muscle, is due to the very slow growth of the calves. Thus, the bat steak impresses on the one hand with its remarkable tenderness and on the other hand with its intensive and full-bodied aroma.

Natural rearing without feed additives, free range on meadows and forests, are absolutely self-evident for us! We reject long transport routes and mass production in all its forms and always try to set an example against it. Not just for the sake of taste, but to give the animals a nice and species-appropriate life.

In comparison, cattle in factory farms are simply bred up quickly in order to generate as much turnover as possible. This wrong and fatal animal husbandry is not only morally extremely reprehensible, it also has a negative effect on the quality and taste. The meat is correspondingly watery, has hardly any flavour and also develops no aroma during preparation.