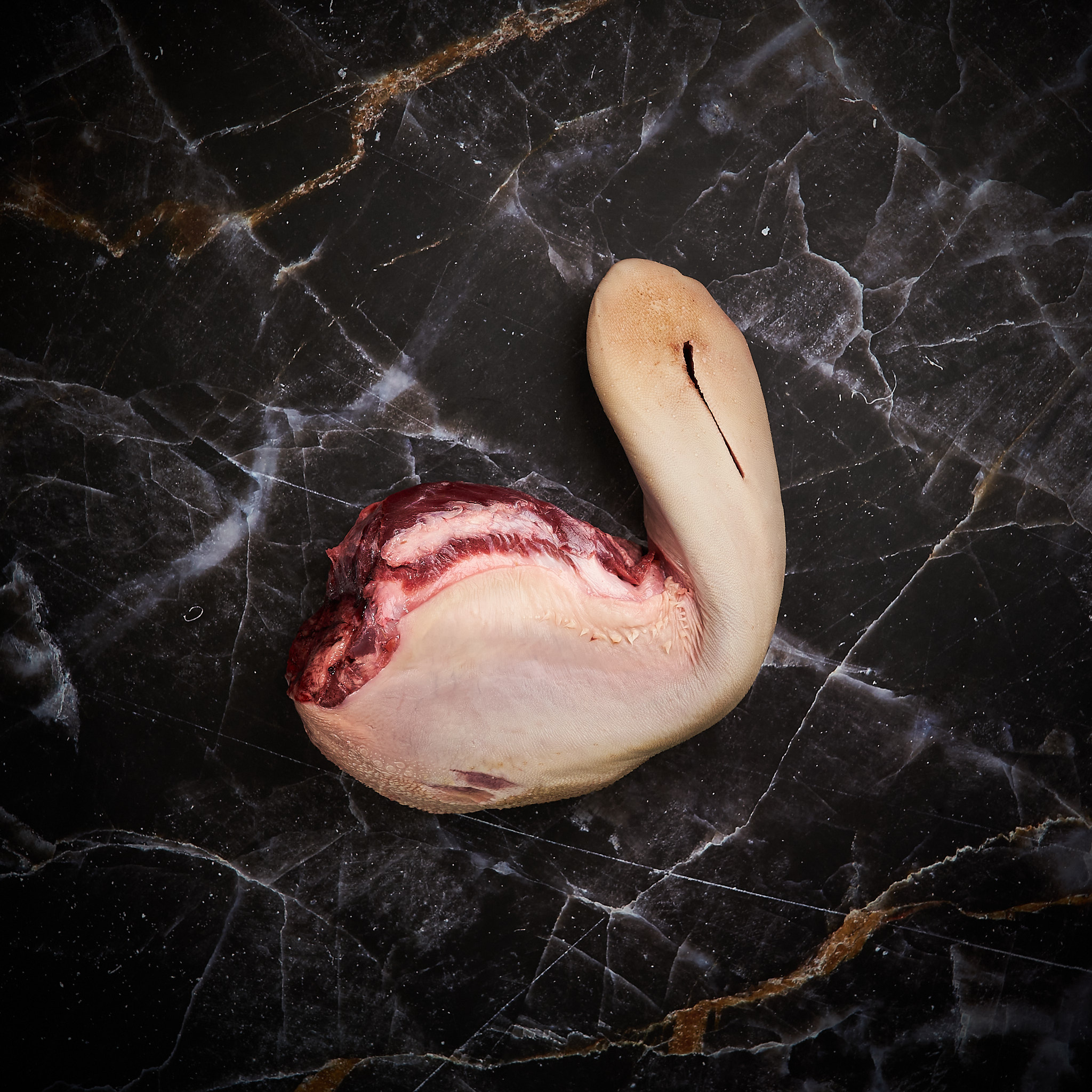 Beef tongue is a popular ingredient for traditional dishes such as ox mouth salad or various braised dishes. At Fitmeat, you get fresh beef tongues that have not yet been skinned. This means you can use them universally.

Order within 3 days 9 hours 47 minutes and you will likely receive your delivery on Tuesday, 23.08.2022.
Buying meat is a matter of trust. If you have any questions about the product, please don't hesitate to contact me by phone. I look forward to meeting you, your meat sommelier Sebastian.
Call now Chat now
Product number: FM101037

The complete utilisation of animals used to be something completely normal, but it has become somewhat less so over the course of time. Meat, fur, bones - all cuts or parts of the animal were used, which gave the animal additional value.

In a time when people prefer to focus on high-end cuts, many treasures have almost fallen into oblivion. Reason enough to revive the "nose-to-tail" approach and experience pleasure anew.

One of these treasures, or delicacies, is Tongue (Swiss Cut) . Alongside the classic offal, it is one of the most important of these, even though it is actually a muscle meat.

Here, too, it is similar to steaks: the older the beef or veal, the more intense its flavour. In younger animals, on the other hand, the beef tongue is lower in fat, more tender and higher in protein.

The tongue of the calf is particularly delicious and much more delicate in taste than a typical beef tongue. Prepared whole, it is excellent for braised dishes, but can also be served on its own and sliced on bread.

How a Tongue (Swiss Cut) is prepared?

A fresh tongue from the calf should first be carefully scraped off, washed and poured over with boiling water. The Tongue (Swiss Cut) is then cooked for several hours and skinned. The gullet at the rear end of the tongue is already removed by us, so you can start preparing it straight away.

In general, the preparation of a fresh tongue is more time-consuming than that of a classic steak. But that's a good thing, because the effort is worth it! At the latest when the tender sliced muscle meat can be arranged on the plate and enjoyed.

Calves (also called heifers) are female cattle that are already sexually mature but have not yet calved. This is of course also recognisable from the meat structure. The meat of a calf has a bright dark red colour and extremely fine fibres.

In terms of marbling, veal meat is an absolute highlight, which makes it extremely juicy and tender.

The meat of the calf is a rarity

Most young female calves (also known as heifers) are used for milk production and only selected ones are refined into real gourmet meat. Accordingly, the meat of the calf is extremely sought after among gourmets.

Because gourmets know: The finer the structure of muscle meat and fat, the more valuable the meat!

We recommend one beef tongue for three to four people.