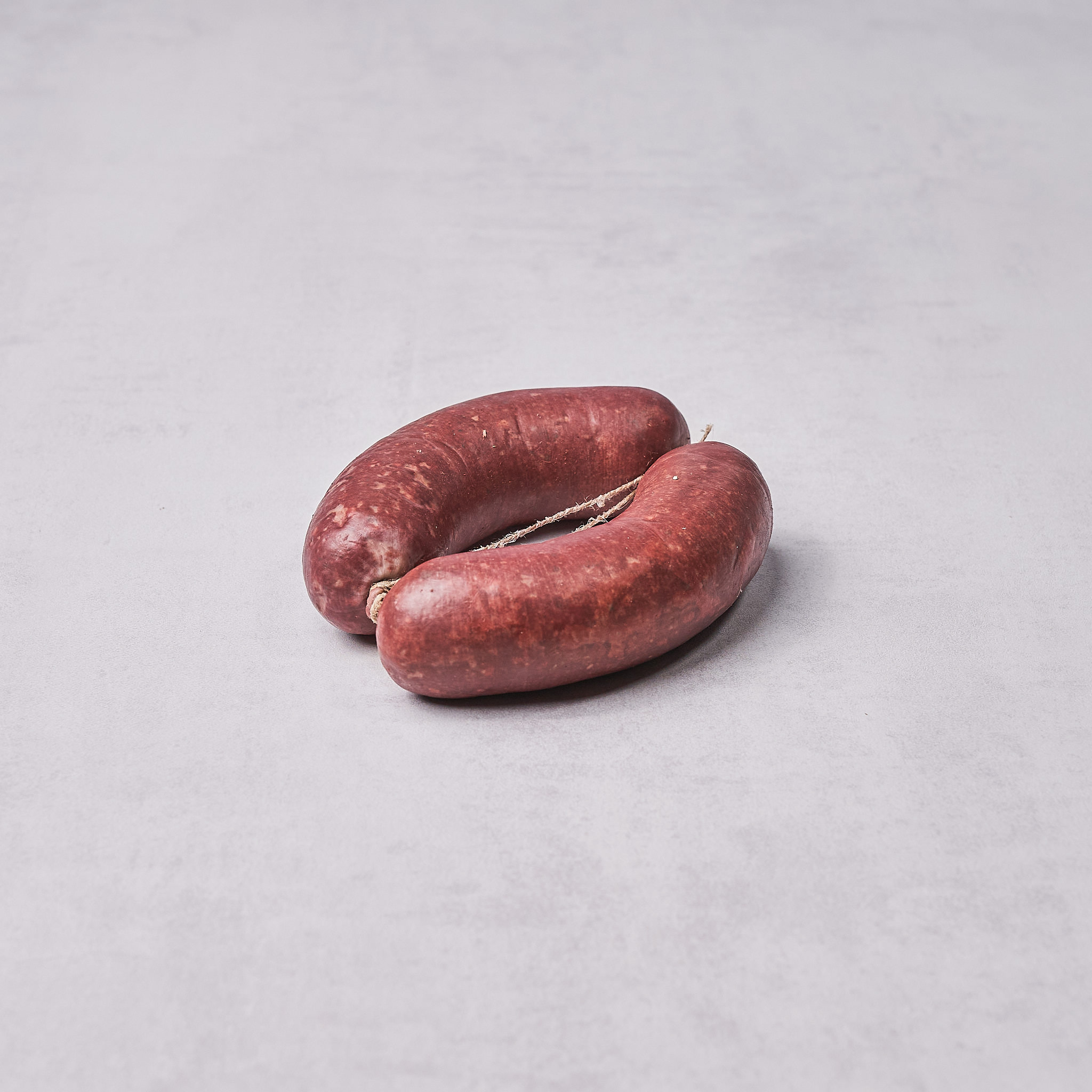 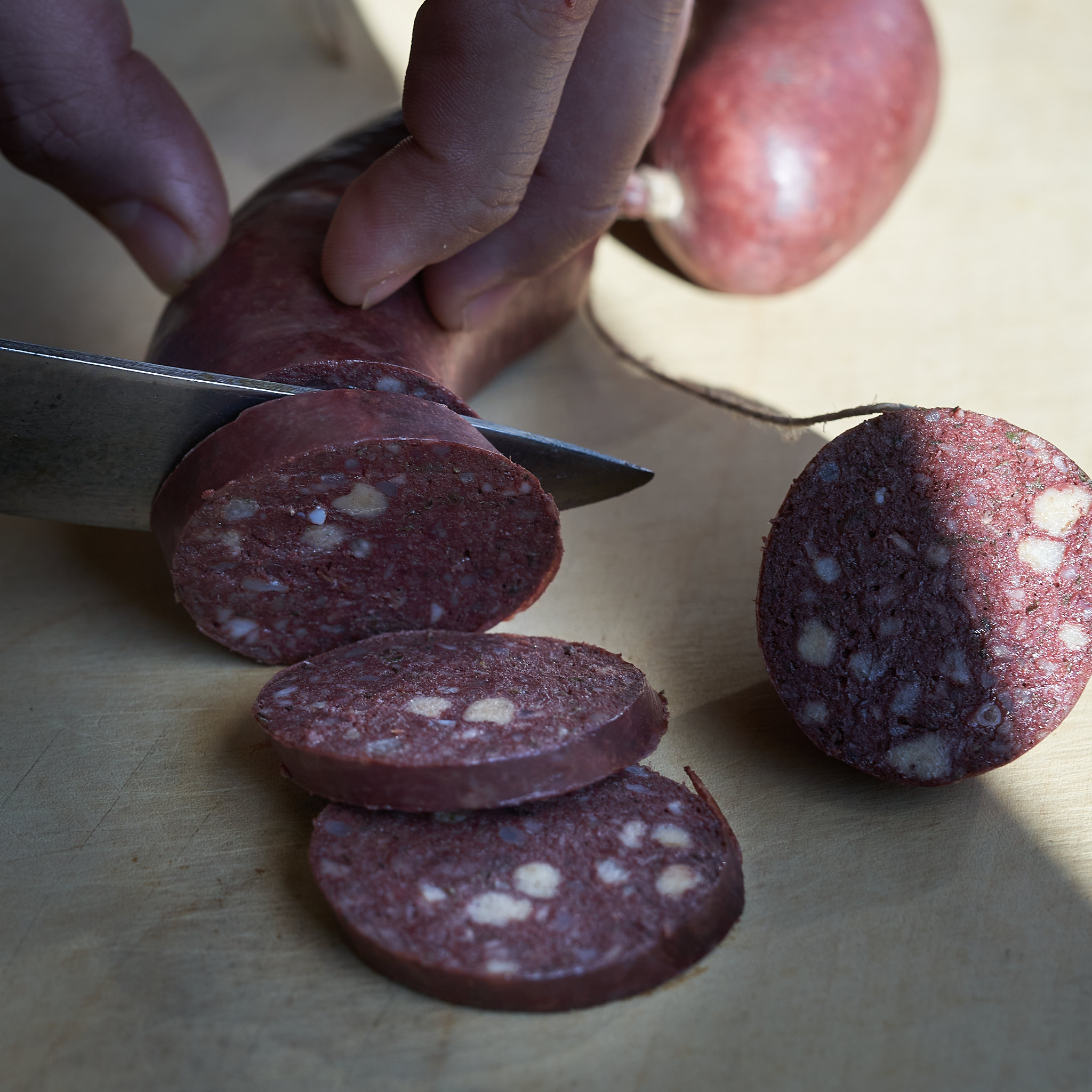 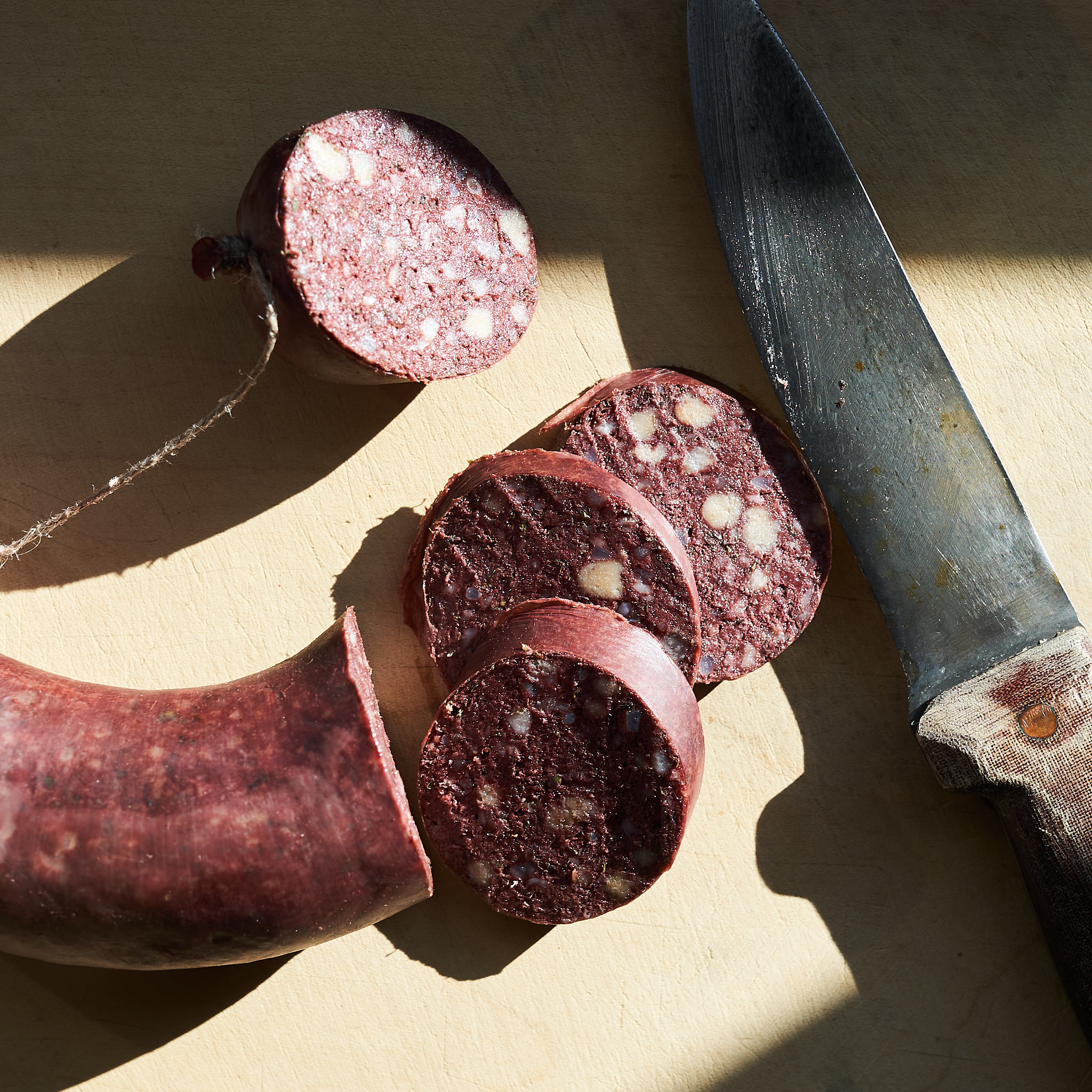 from the artisan butcher

Blood sausage is one of the very specialities of Austrian cuisine. With ingredients of the highest quality and fine spices, it is a fabulous treat.

Order within one hour 25 minutes and you will likely receive your delivery on Monday, 30.01.2023.

Buying meat is a matter of trust. If you have any questions about the product, please don't hesitate to contact me by phone. I look forward to meeting you, your meat sommelier Sebastian.
Call now Chat now
Product number: FM109012

Our black pudding is freshly prepared twice a week and contains only fresh ingredients of the highest quality! It is characterised by its intense flavour and is extremely digestible

How the black pudding is prepared

In Austrian cuisine, black pudding is one of the absolute delicacies! Made from head meat, diced bacon, cooked pork rinds, white bread and a little milk, it has an unmistakable aroma

Of course, one thing must not be missing here, which, by the way, is also the reason why it must always be prepared fresh. We are talking about blood, of course. The finest spices, including marjoram, pepper, garlic, allspice and thyme give it an additional piquant note and make it unique

Mixed into a homogeneous mass, the blood sausage, typically called Blunzn in Viennese, is filled and cooked. During this process, the protein transforms and gives the sausage its typical reddish-brown colour

How does the black pudding taste?

In terms of taste, the Blunzn is a real speciality and extremely intense. It tastes best with hearty side dishes such as sauerkraut or potato pancakes. But it is also a hit as an addition to gröstl.

In Austria it is considered an absolute delicacy, but black pudding is also a real hit internationally. Few people know that almost every country has its own version of the Blunzn.

The French enjoy it as "Boudin", the Spanish call it "Morcialla", in Finland there is "Mustamakkara" and even in the Caribbean and on the Seychelles you can enjoy black pudding

We recommend one pack of black pudding for two people. 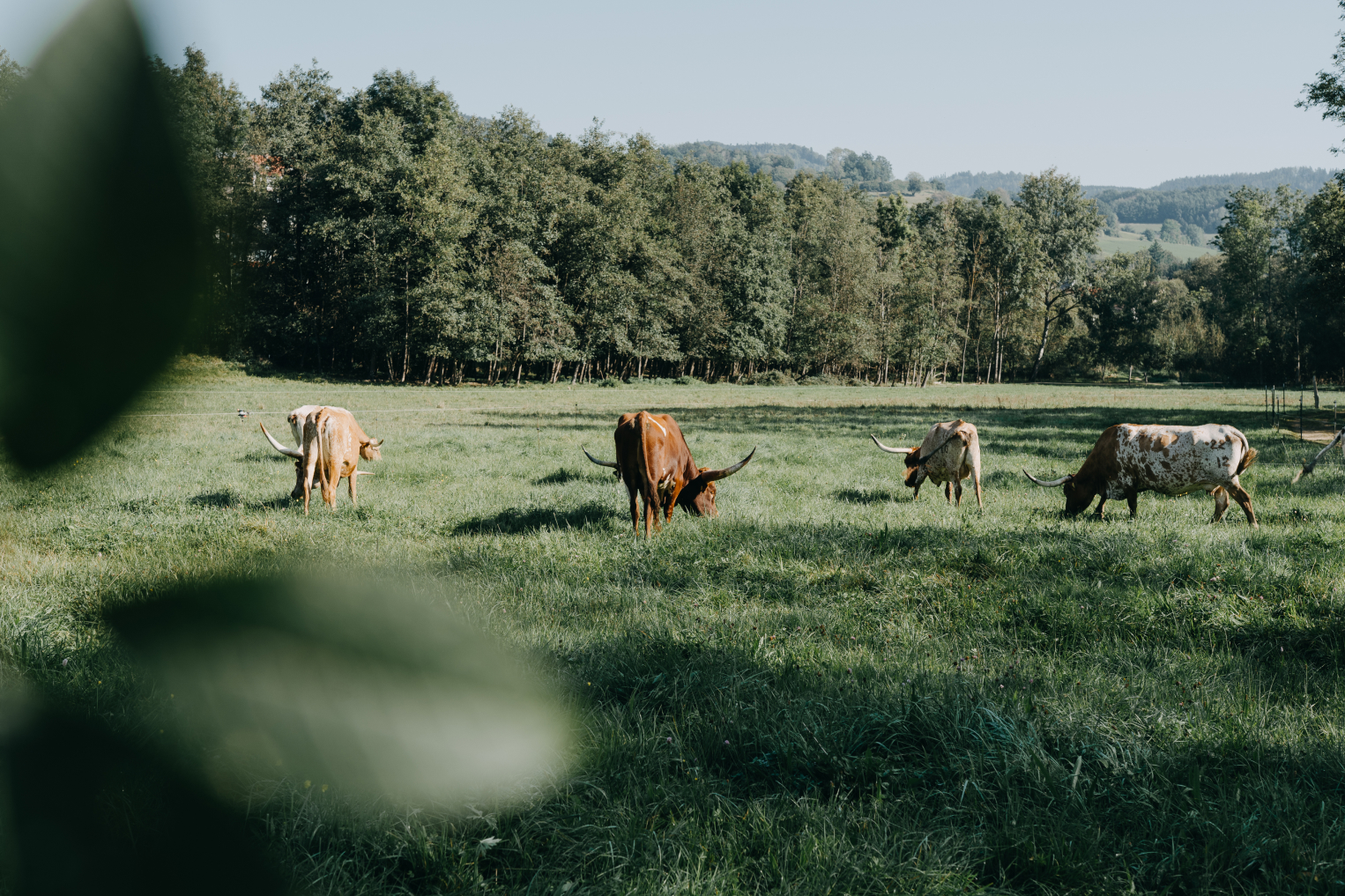 At Fitmeat, the highest quality and species-appropriate animal husbandry are top priorities. That is why 100% of the animals come from small farmers in Austria. The farms are located in the Waldviertel region of Lower Austria, in Salzburg and in neighbouring Upper Austria

As we distance ourselves from long transport routes and factory farming, we have the animals respectfully slaughtered individually by our partner butchers in the immediate vicinity of the farms (max. 15 minutes transport distance) or directly on the farm

We also have close and personal contact with the farmers and work exclusively with butchers who know both farmer and animal personally. Our master butchers cut each animal into the finest parts and allow them to mature selectively. This is not only true for our steaks, but also for ham, sausages and bacon!

These are carefully prepared and refined by hand by our master butchers according to the original recipe. The result? Sausages of the highest quality for a fabulous enjoyment experience.

Details to the article ”Black pudding”