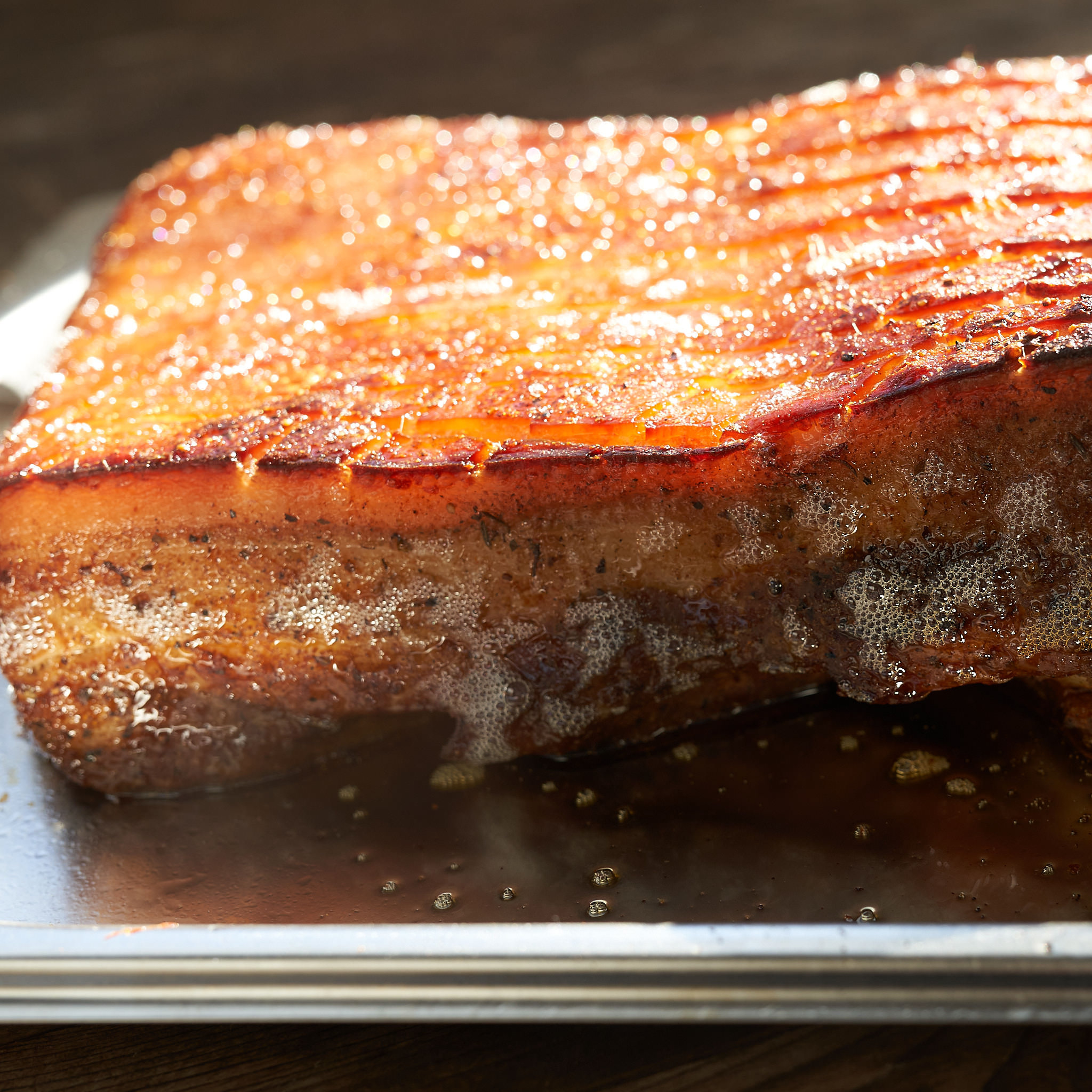 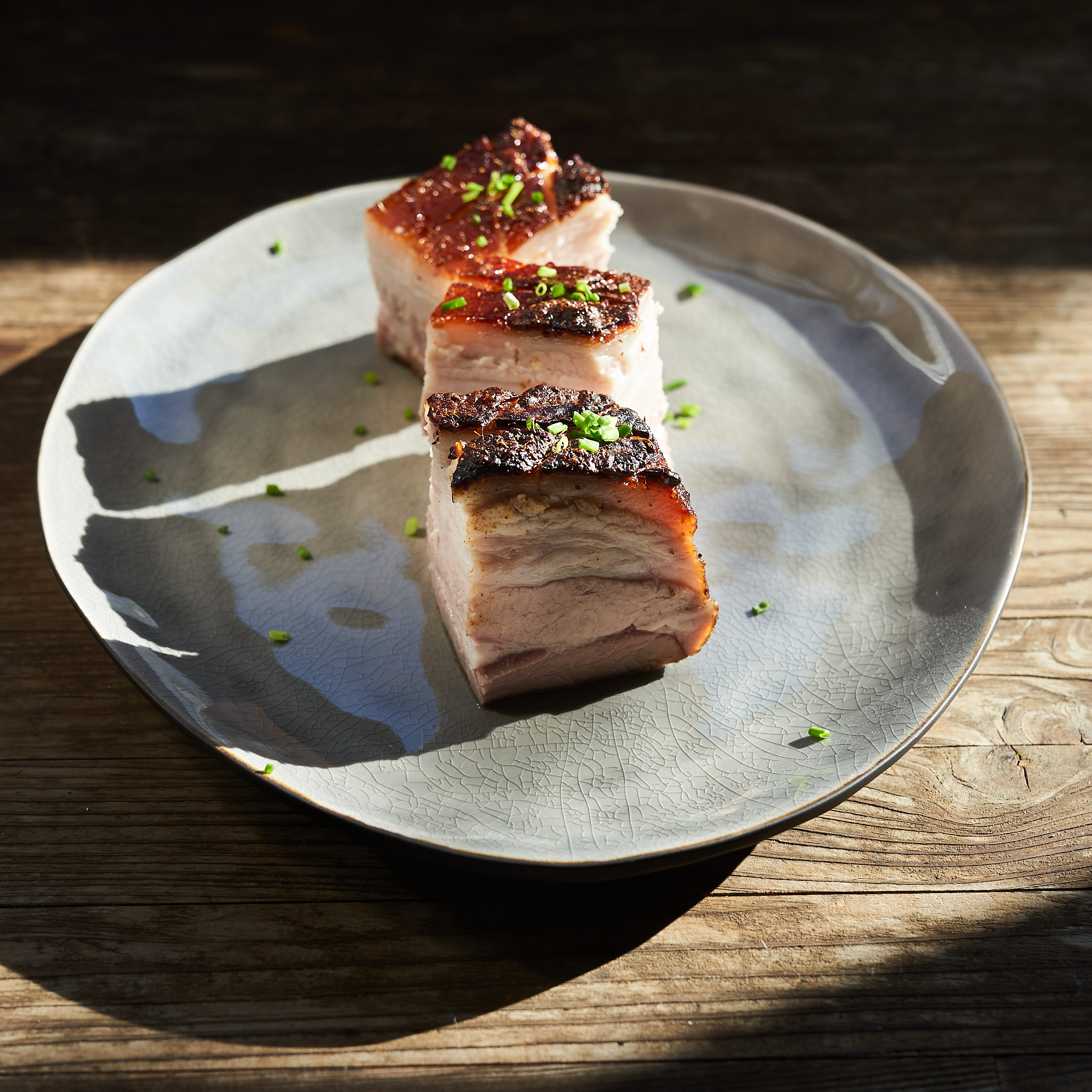 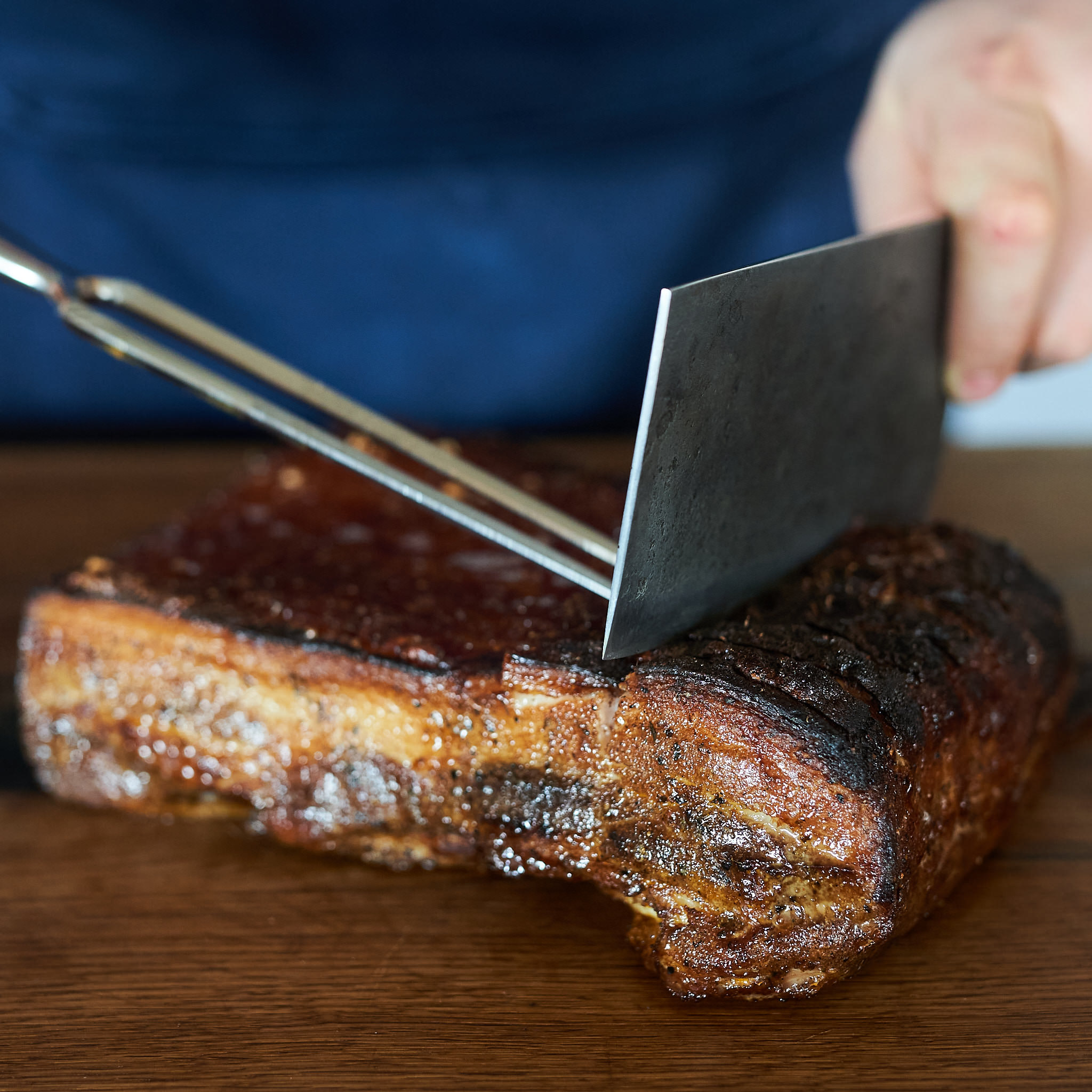 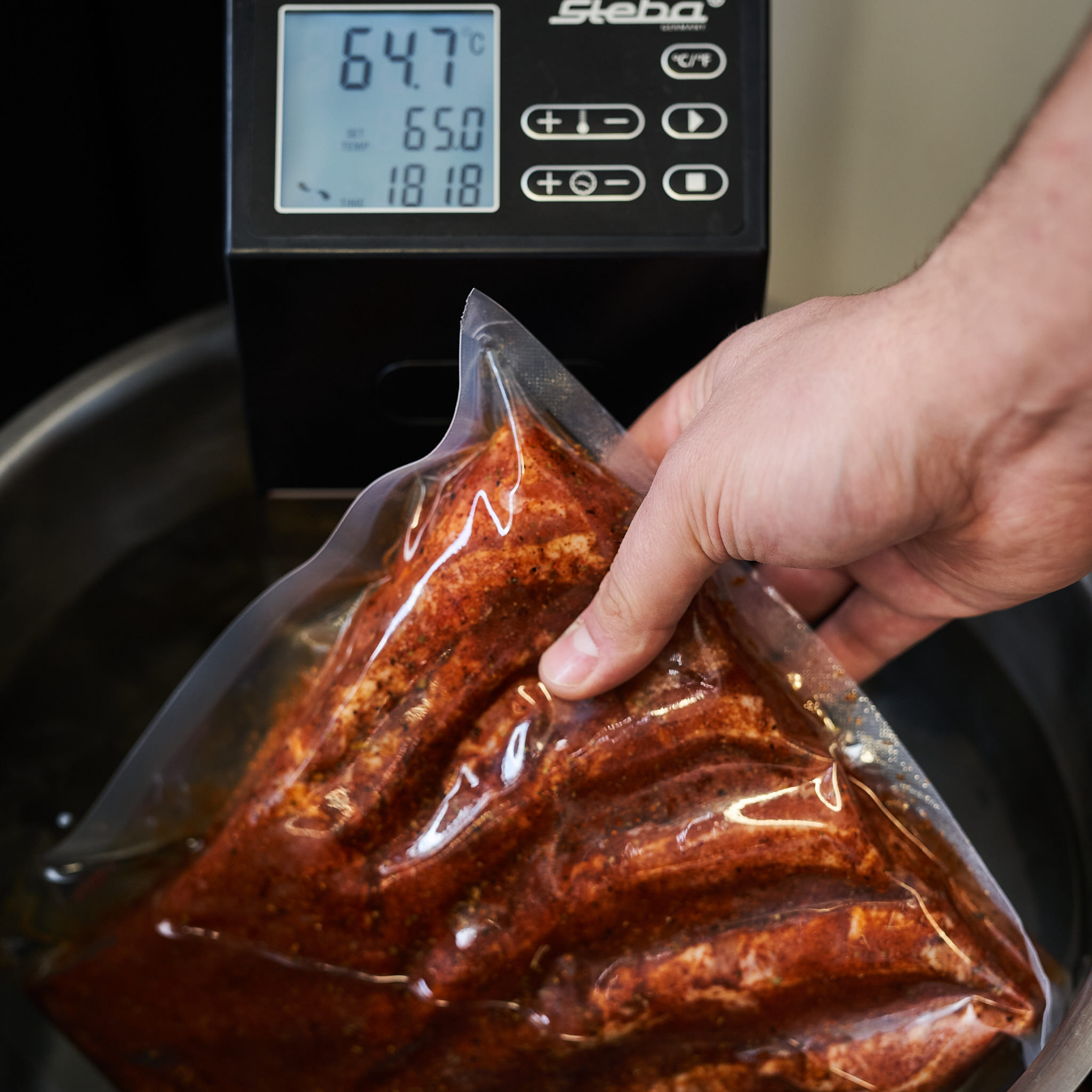 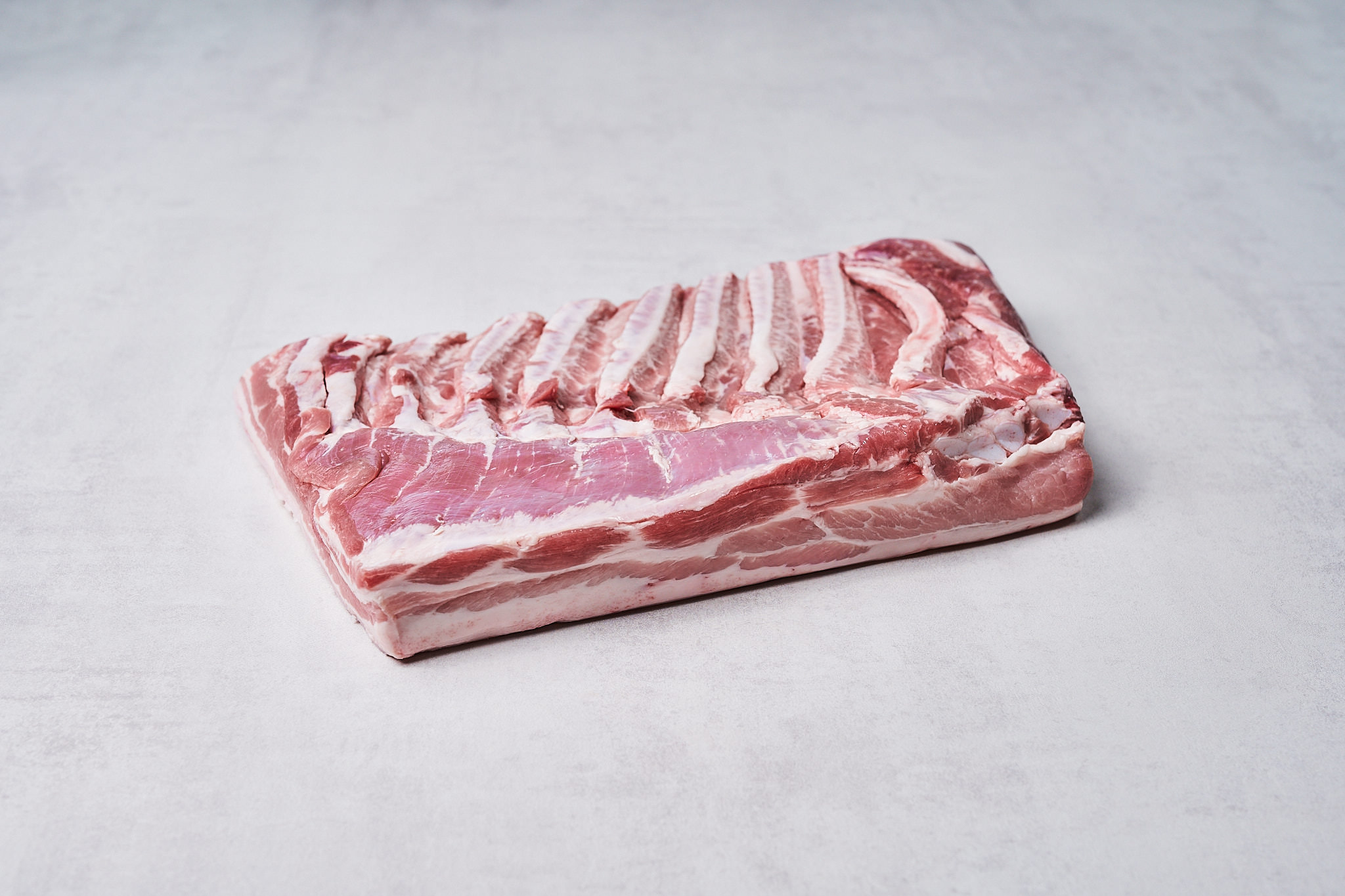 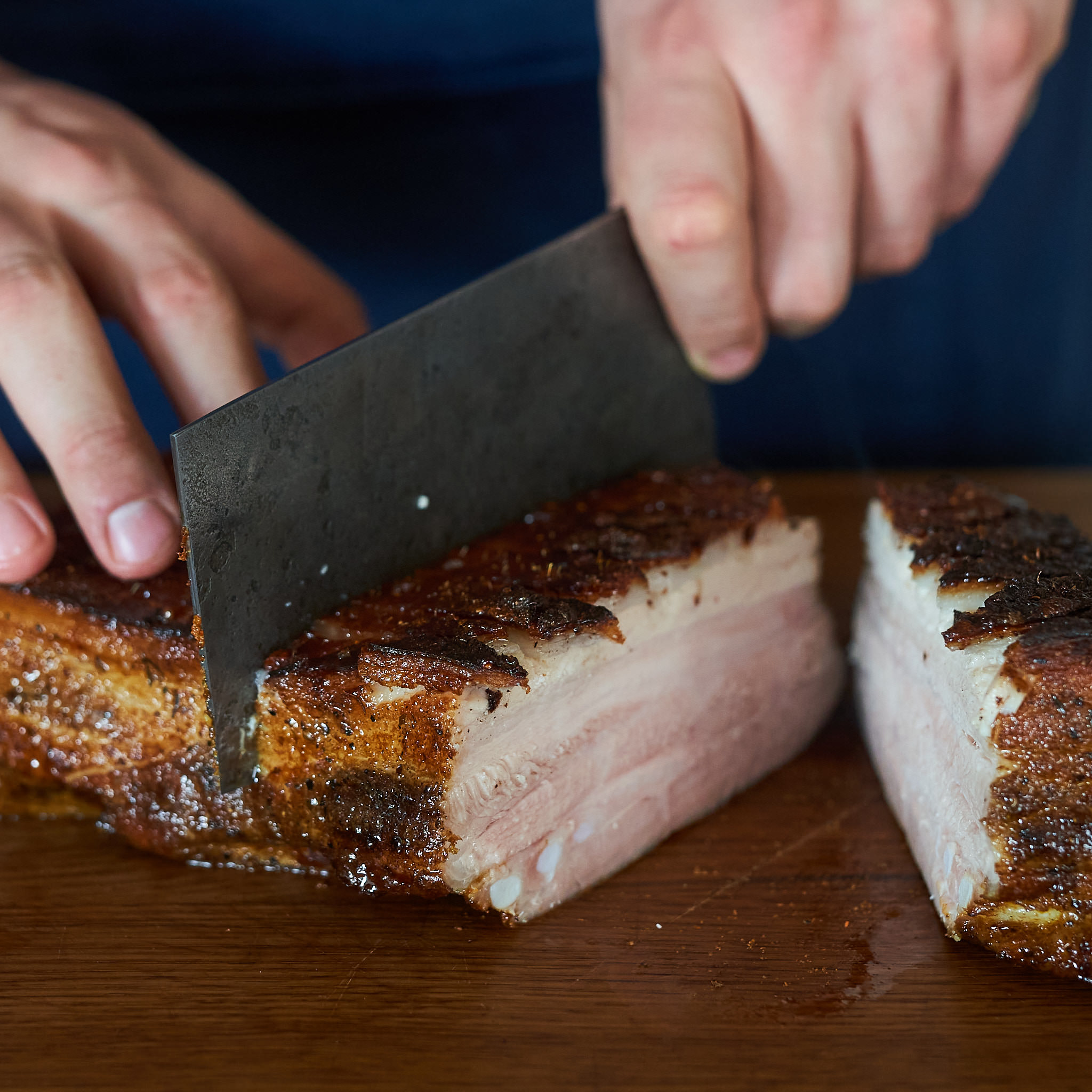 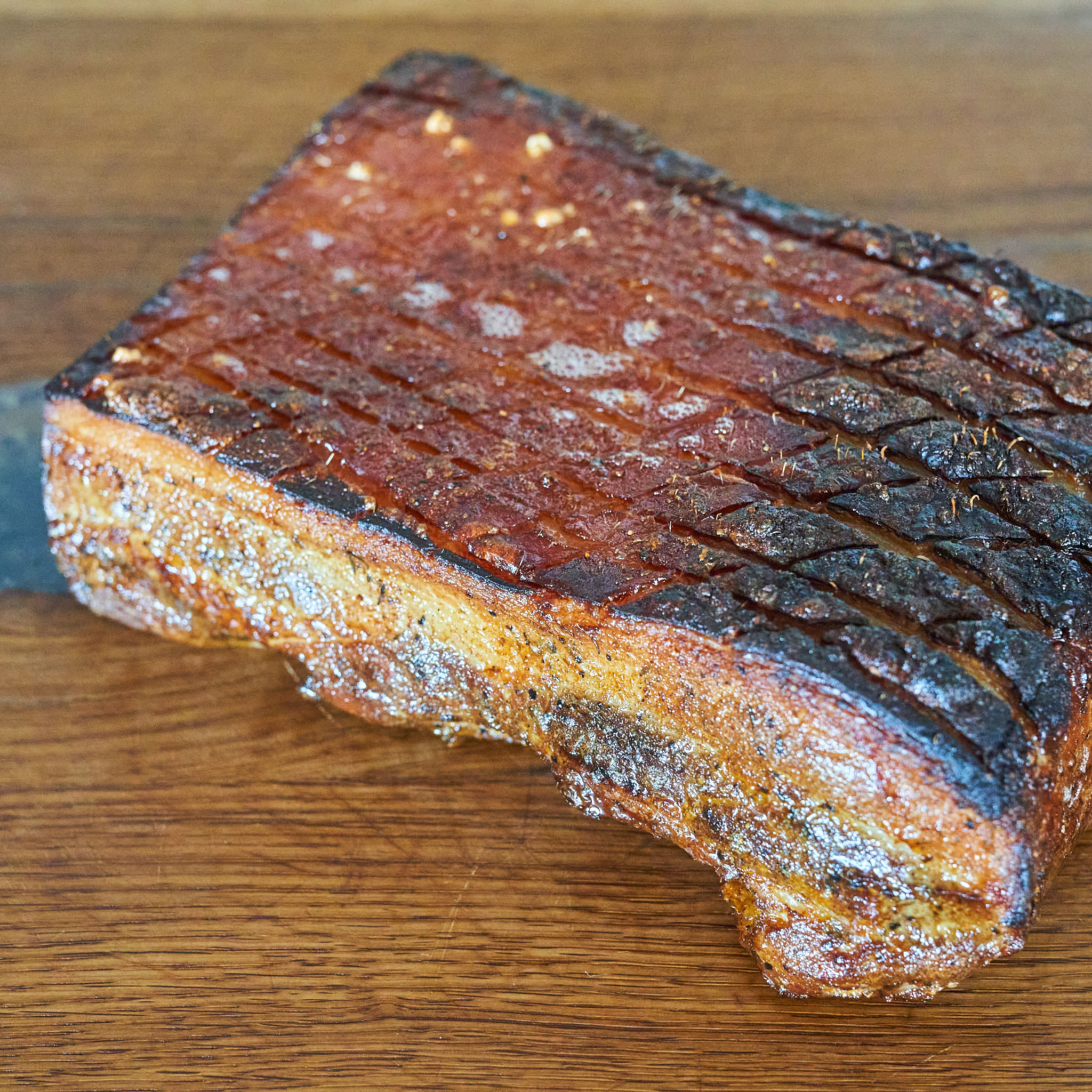 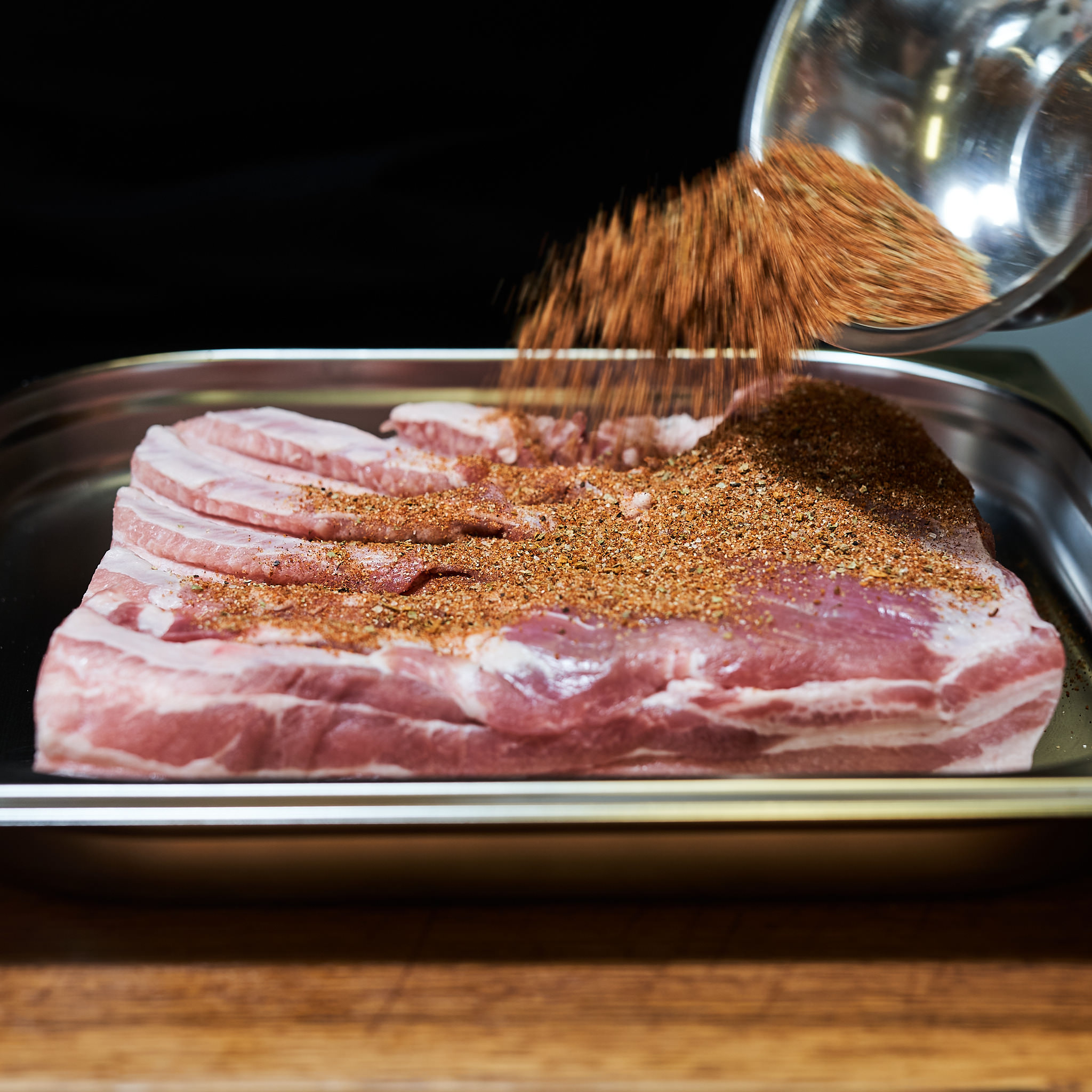 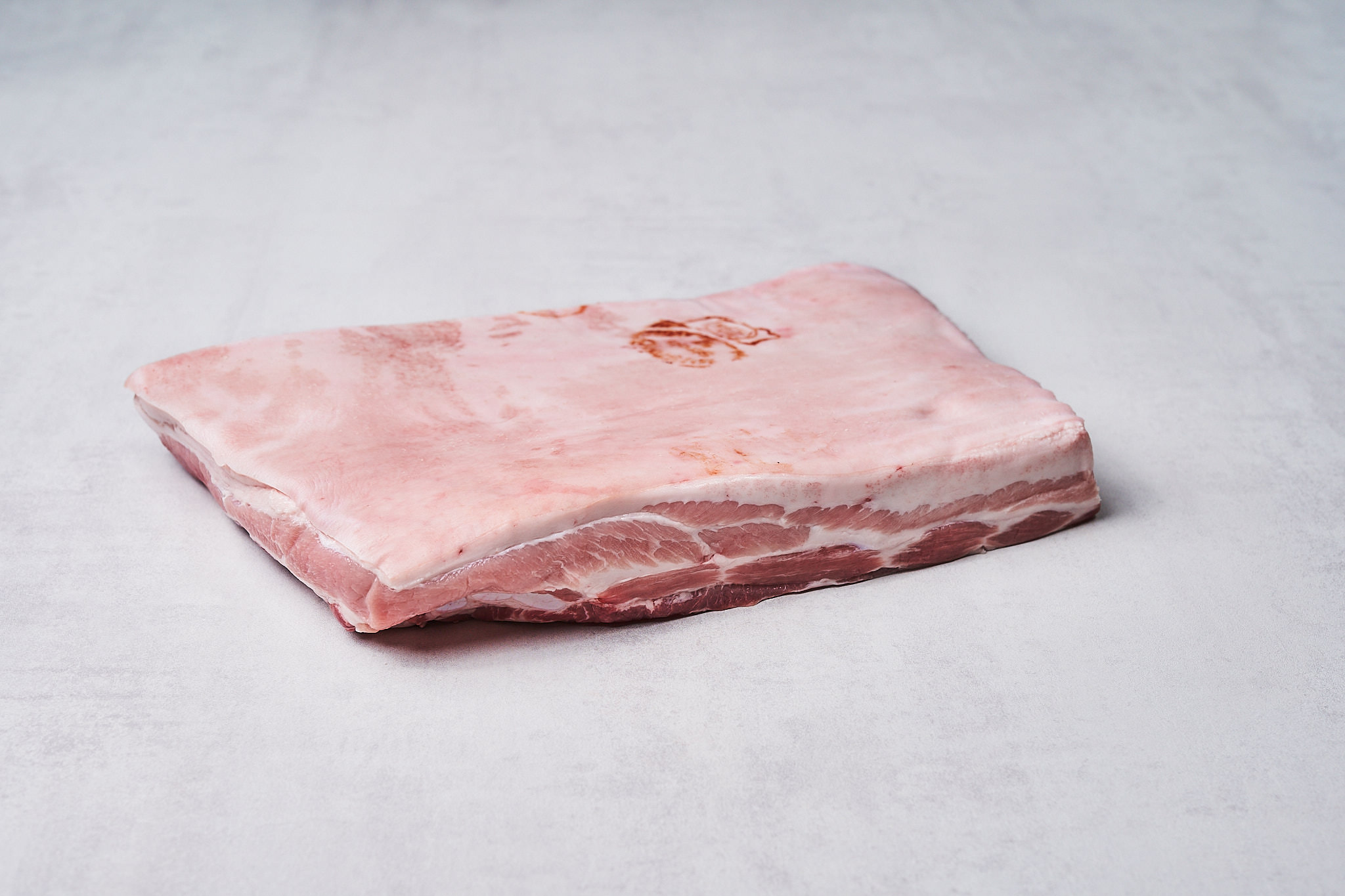 from the Austrian straw pig

Pork belly single ribbed, rind-on, with softbone is incredibly versatile and is not only suitable as a whole roast. It also makes a great addition to hearty stews, as horseradish or marinated on a skewer as a barbecue torch. For those who like to cook Asian food, this is also the perfect choice.

Order within 3 days 9 hours 51 minutes and you will likely receive your delivery on Tuesday, 23.08.2022.
Buying meat is a matter of trust. If you have any questions about the product, please don't hesitate to contact me by phone. I look forward to meeting you, your meat sommelier Sebastian.
Call now Chat now
Product number: FM102001.3

The Pork belly single ribbed, rind-on, with softbone is taken from the back of the rib cage. It is streaked with fat and may also have ribs. The pork belly, with the rind cut into it, makes a hearty roast.

Its fat is an important flavour carrier. The belly is divided into the front (brisket), the middle and the back. In the USA it is known as Belly of Pork, in Bavaria as Wammerl.

Undoubtedly the fattiest piece of pork - the Pork belly single ribbed, rind-on, with softbone. And this is exactly where the taste is at home. We all know that fat is the number one flavour carrier, so it's no wonder that pork belly has such a strong flavour of its own.

Subdivision of the pork belly

Normally, a pork belly is divided into three parts: The upper third, which is also lower in fat, is called the ladder or rib. Since the bones are a little closer together here, there is very little but delicious meat in between.

Pork belly single ribbed, rind-on, with softbone, as we know it, is obtained from the front part of the lower two-thirds. The meat is clearly fattier and has a fat content of up to 30 %.

Its shape is almost uniformly rectangular and the meat has a long fibrous structure. The rear part is also called the belly flank. This is mainly used to produce sausages.

We recommend one kilogram of pork belly for three to four people. 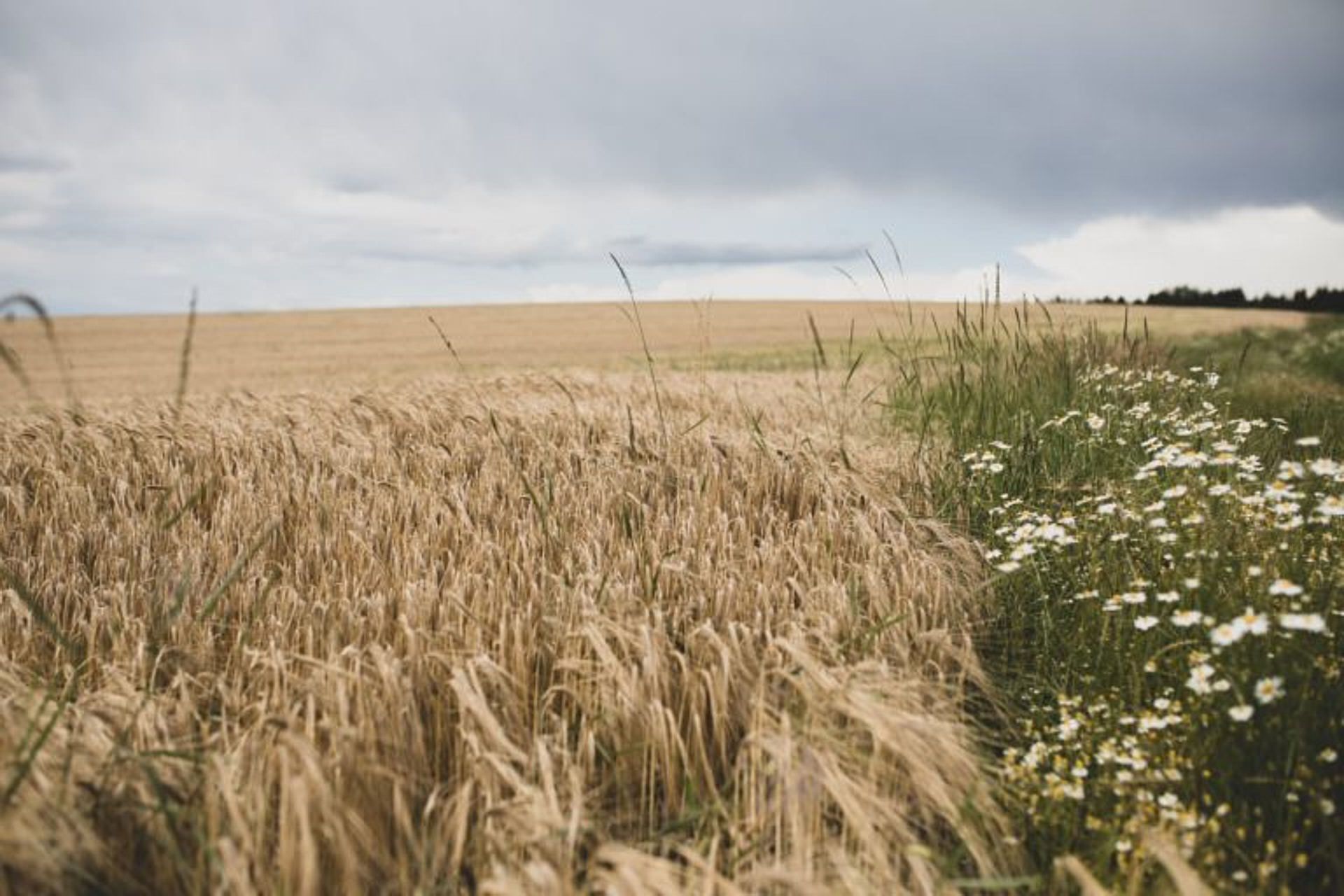 Pigs are extremely intelligent and clean animals. Therefore, species-appropriate and caring rearing is the be-all and end-all for us.

A requirement that is also noticeable in the taste. If you compare pigs from factory farms, for example, one thing is immediately clear: due to the permanent stress, the meat is much firmer, loses a lot of water during roasting and has hardly any flavour of its own.

For us at Fitmeat, this kind of rearing is out of the question for many reasons. We fight for animal welfare and the appreciation of meat products and strictly distance ourselves from immoral factory farming.

After the careful and stress-free individual slaughter of the pigs, our butchers leave the straw pigs to mature on the bone for a few days. The result is juicy and tender pieces of pork with a wonderful aroma.